Top Seeded Tomoe Hvas Out of European Championships with Illness 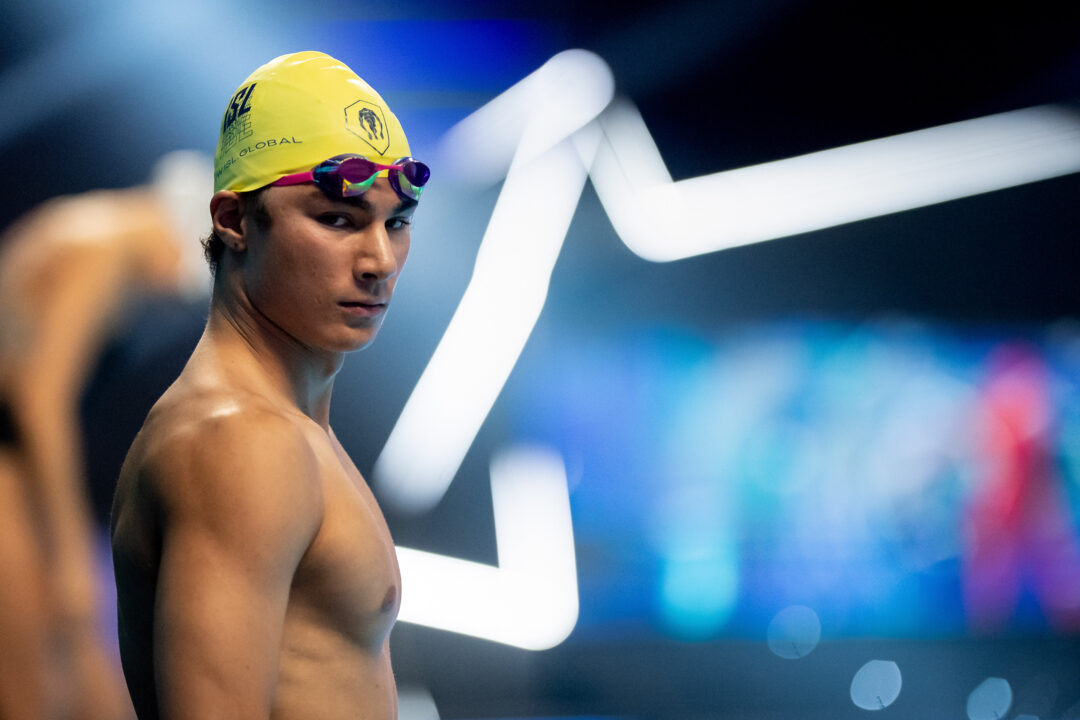 Hvas, who scratched the final of the men's 100 fly on Wednesday as the top qualifier in the event, is out for the remainder of the meet with an undisclosed illness. Archive photo via Giorgio Scala / Deepbluemedia / Insidefoto

Update: Hvas has confirmed that he tested negative for COVID-19.

Norwegian swimmer Tomoe Hvas has confirmed that he has withdrawn from the remainder of the 2021 European Short Course Championships with a non-COVID illness.

Hvas’ absence became glaring on Wednesday evening in Kazan when he didn’t swim in Wednesday’s 100 fly final. That was in spite of being the top qualifier via a 49.22 swim in Tuesday’s semifinals. That time is a new Norwegian Record, as was his 22.79 first 50 meters split of that race.

The 21-year old was once committed to swim at the University of North Carolina in the United States, but ultimately decided to stay home and turn pro. Swimming for the LA Current, Hvas finished the 2021 ISL regular season ranked 60th in MVP scoring this season. After a relay-only start to his season, he averaged 27.8 points/match in his team’s last 3 matches.

“I am hoping for a speedy recovery before ISL in Eindhoven,” Hvas said. The Current are scheduled to begin their playoff run on November 13 and 14 with a matchup against London Roar, Toronto Titans, and Aqua Centurions – a big make-or-break match for who will advance to the Final in December.

Hvas says that he tested negative for COVID-19. Russia is experiencing its worst wave of the COVID-19 pandemic, and LEN has put dramatic measures in place to try to prevent the spread of the disease at the championships. While Hvas doesn’t have COVID-19, those measures could help stymie the spread of other illnesses as well.