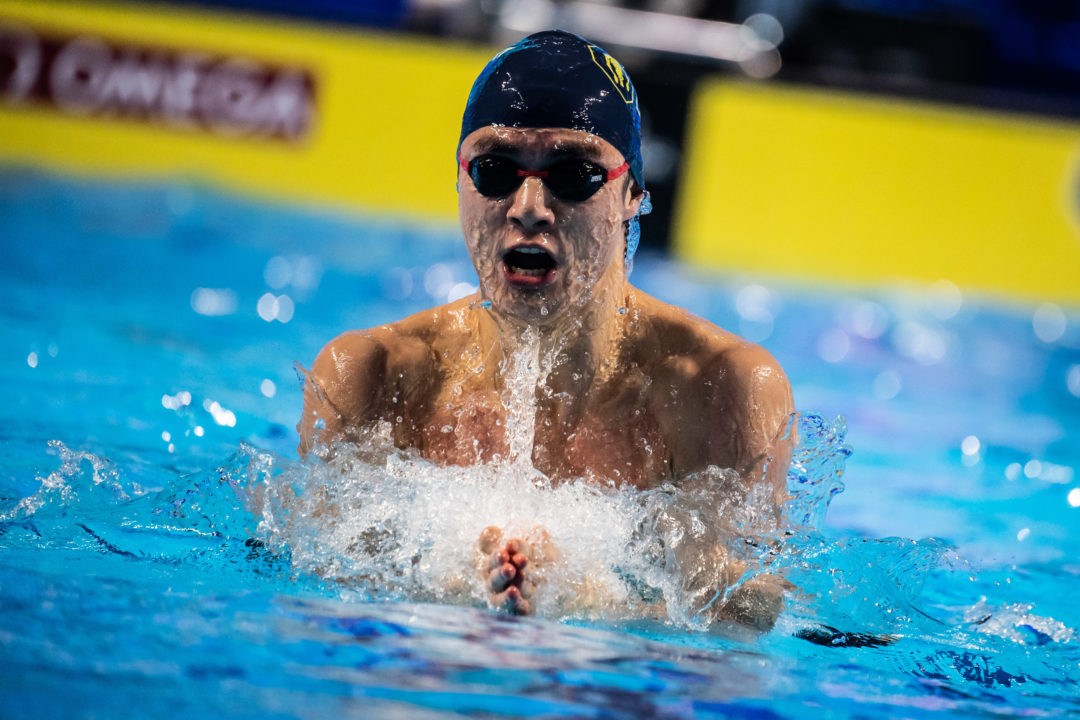 Tomoe Hvas looks to have added his name to the 2021 Norwegian Olympic roster with his 1:59.44 gold-medal-winning 200 IM. Current photo via Mike Lewis/Ola Vista Photography

On day 2 of the 2021 Bergen Swim Festival, Tomoe Hvas delivered a 1:59.44 victory in the men’s 200 IM which gets him just under the 1:59.67 FINA A standard in the event. Considering that that swim for Hvas was under the Olympic qualifying cut and within the qualification period which lasts until June 29, 2021, it should be enough to give him a spot on the team.

This is Hvas’ first successful attempt at cracking the 200 IM FINA A standard for the 2021 Olympic Games, improving upon his earlier attempts of 1:59.79 in April of 2019 and his recent 2:00.32 and the 2021 European Swimming Championships.

Another solid swim during day 2 came from Niksja Stojkovski who lowered the Norwegian Swimming record by 0.06 seconds, hitting a 23.53 to improve upon Tomoe Hvas‘ 2018 mark of 23.59.

Stojkovski’s previous PB in the event was only 0.01 seconds slower than the Hvas’ record, sitting at 23.60 from the 2019 Bergen Swim Festival. Stojkovski was joined on the podium by Nicholas Lia with a 23.74 for silver and Gard Øvergaard with a 24.60 for bronze.

Olympic-qualified Norwegian swimmer Ingeborg Løyning posted a solid result in the women’s 100 backstroke, hitting a 1:00.25 which was within inches of her own Norwegian record in the event of 1:00.23. She swam that time at the recent 2021 European Swimming Championships.

Løyning also raced the women’s 50 butterfly and shared the gold medal with Kristine Braathen as the duo each posted a time of 27.42. Jenny Halden took bronze with a 27.50.

Congratulations Tomoe! See you in Tokyo!