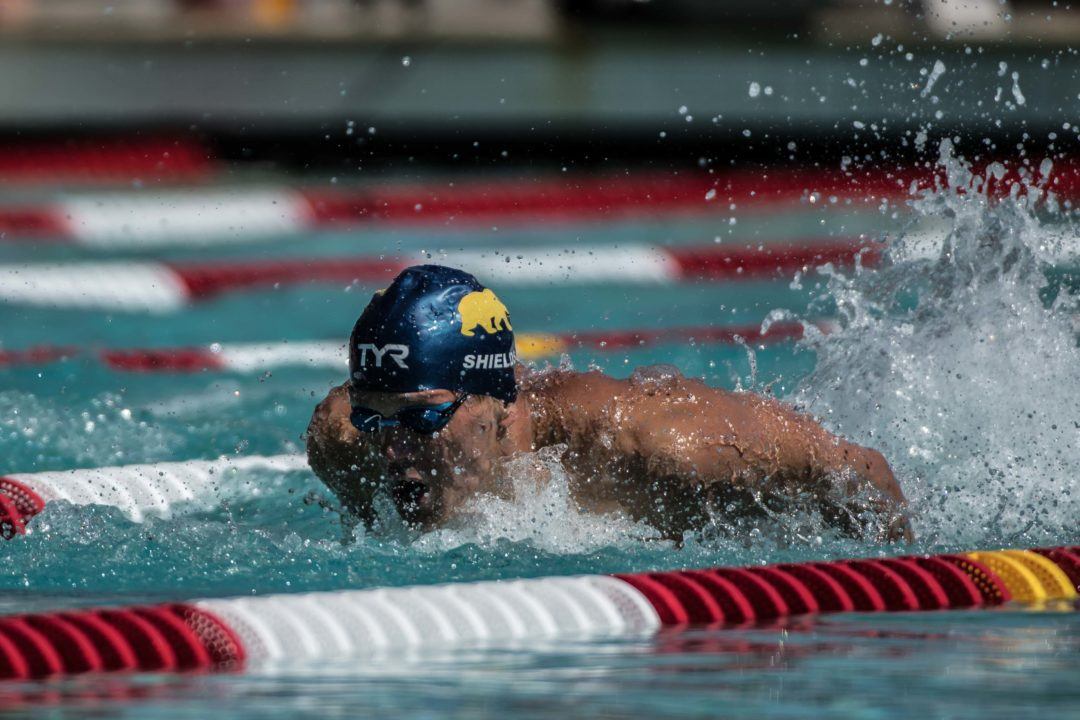 #2 seed Tom Shields has scratched out of the 200 fly at US Nationals, yet he is expected to swim the event at the Pan American Games within the coming days. Stock photo via Mike Lewis/Ola Vista Photography

Heading into the first finals session of the 2019 US Nationals, second-seeded Tom Shields has given up his spot in the 200 fly A-final. Shields posted a 1:56.12 in the morning prelims session, which is the 3rd-fastest time in the US this year.

Shields will be competing at the Pan American Games, which begins August 6th, and is expected to head out to Lima, Peru in the coming days. Down in Peru, Shields is entered in the 100/200 fly events.

Shields’ scratch benefitted Corey Gambardella of IU, who is now swimming in the A-final. In the junior final, Jacob Peters‘ scratch has allowed Kevin Leibold of the Dayton Raiders to have a second swim in the junior final.

More notable scratches include Zoie Hartman out of the women’s 100 free junior final, stopping Claire Curzan (TAC Titans) and Christiana Regenauer (Condors Swim Club) from a swim-off and both earning the extra swim in the junior final.

Cal’s Long Gutierrez scratched out of the men’s 100 free C-final and has allowed Cameron Auchinachie (University of Denver) to hop in on the C-final.

Looks like there’s no rule at this meet prohibiting foreigners from entering the A final?

Correct. Only the 18 & under D final is nationality restricted to Americans

Wow, I cannot believe what I am seeing. We do not exclude people just cause they’re not American. Shame people act and speak like this.

Smart, ensured the Natty team spot, shields finally built the base he needed. Phenomenal, his 100 fly/back double will always be legend……wait for it……………dary. Now to officially transfer it into LCM excellence, you can do it Tom