Tokyo Olympic Venues Will Have No Spectators; Japan Enters State of Emergency 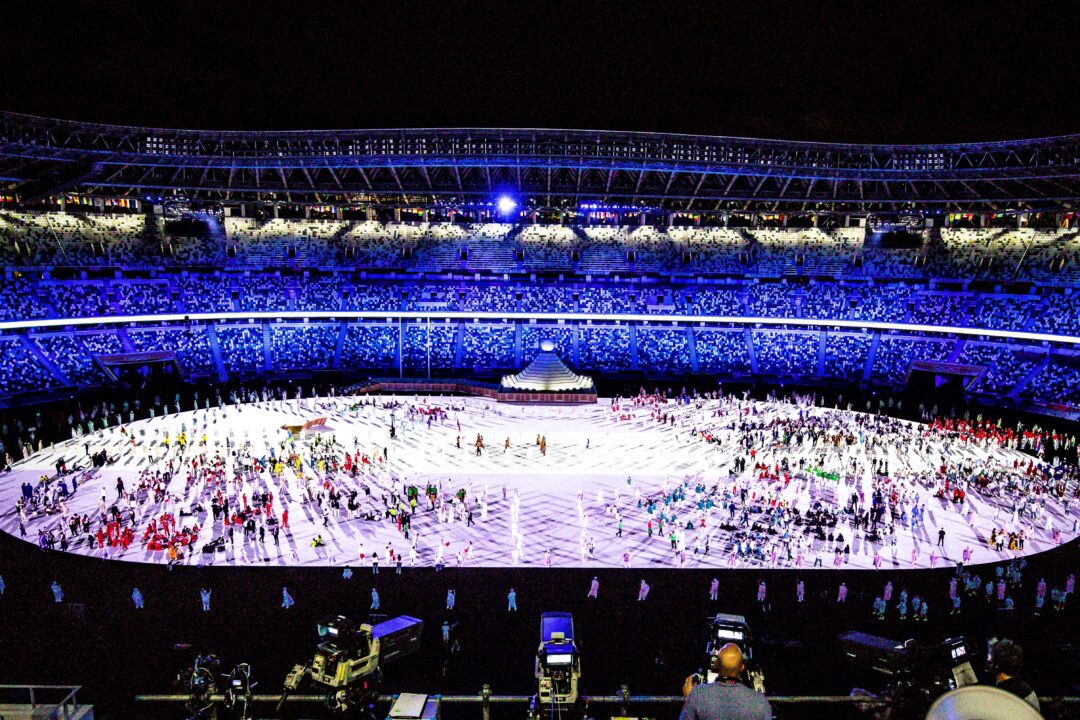 All venues in the Japanese capital will have no fans during the Olympic Games as the country enters its fourth state of emergency. Stock photo via Jack Spitser/Spitser Photography

The Tokyo 2020 Olympic Games will be held without any spectators, it was announced Thursday, as Japan entered a state of emergency that will run through the Games.

The announcement was made by the Japanese Olympic Committee following a meeting of five Olympic and Japanese groups responsible for the Games.

Japanese Olympic Committee’s Seiko Hashimoto said that organizers had “no choice but to hold the Games in a limited way.”

According to the International Olympic Committee (IOC), the Government of Japan (GoJ) implemented the state of emergency as a measure “aimed at suppressing the flow of people in order to prevent the spread of infection now, because the number of confirmed COVID-19 cases remains high and the number of people infected with variant COVID-19 strains in Tokyo is increasing.”

The country entering a state of emergency that would run through the Olympic Games was expected, and the severity of the restrictions put in place would determine whether or not spectators would be allowed to attend.

This will be the city’s fourth state of emergency since the beginning of the pandemic.

Tokyo is under the most stringent restrictions, which will run from July 12 to August 22, but the events taking place outside of the capital are still being considered to have spectators.

It’s worth noting that, with the state of emergency not being put into effect until Monday, July 12, there were reportedly close to 10,000 fans in attendance for a baseball game at Tokyo Dome on Wednesday.

With announcement that #Tokyo2020 Games to be held without fans, it only seems right to point out that almost 10,000 people were allowed to attend tonight’s baseball game at Tokyo Dome, which is INSIDE. Seems like one rule for the #Olympics and one rule for everything else

“The number of infected cases in the area including Tokyo has been increasing since the end of last month,” said Japanese prime minister Yoshihide Suga, speaking at the start of the government’s Covid-19 task force meeting.

“The number of severe cases and bed occupancy rate continues to be on the low level, but considering the impact of variants, we need to enhance countermeasures so that the infection will not spread nationwide.”
Tokyo reported 920 new coronavirus cases on Wednesday, its highest since May 13.

“There is a remarkable increase of infections especially in the big cities in the Tokyo area,” said Yasutoshi Nishimura, the minister in charge of the country’s pandemic response, also adding that the more infectious Delta variant was of major concern, now accounting for up to 30% of cases.

Suga had initially ignored medical experts and opted to allow up to 10,000 domestic spectators, 50 percent capacity, at the Games. Overseas spectators were banned from attending.

Jack Tarrant seems to have a little difficulty with logic. Comparing a one night baseball game with 2 weeks of Olympic activities? Really Jack? Perhaps Japan should have asked his permission before making decisions about the public health of Japanese citizens.

Well, at least now they won’t have to worry about any crazy fans shouting, cheering too loudly, or waving their arms in the air!

No booing anthems & no laser lights into opponents faces . Ok that’s English spectators taken care of . Plenty of others can suck too so its Pre-emptive harmony & chill. Good work Japan !

It would have been really strange just having Japanese spectators, a visual representation of their xenophobia. Would have been terrible optics. This was a huge PR disaster avoided by the government.

I think as long as the coaches are allowed on deck they’ll be going absolutely nutso with their cheering and whistling plus the echo in the natatorium there may actually be a fair amount of exciting noise for the swimmers. When I watched the baseball World Series back in October there were no spectators and I actually got goosebumps from the clear whistles that were echoing around the stadium. It was actually really exciting. Hopefully the swimmers hear this same sound and the experience is equally as special for them as there would be with spectators

I don’t believe coaches are allowed on deck

Great move. Keep the athletes safe! Spectators are untested. Athletes will all be tested upon entry.