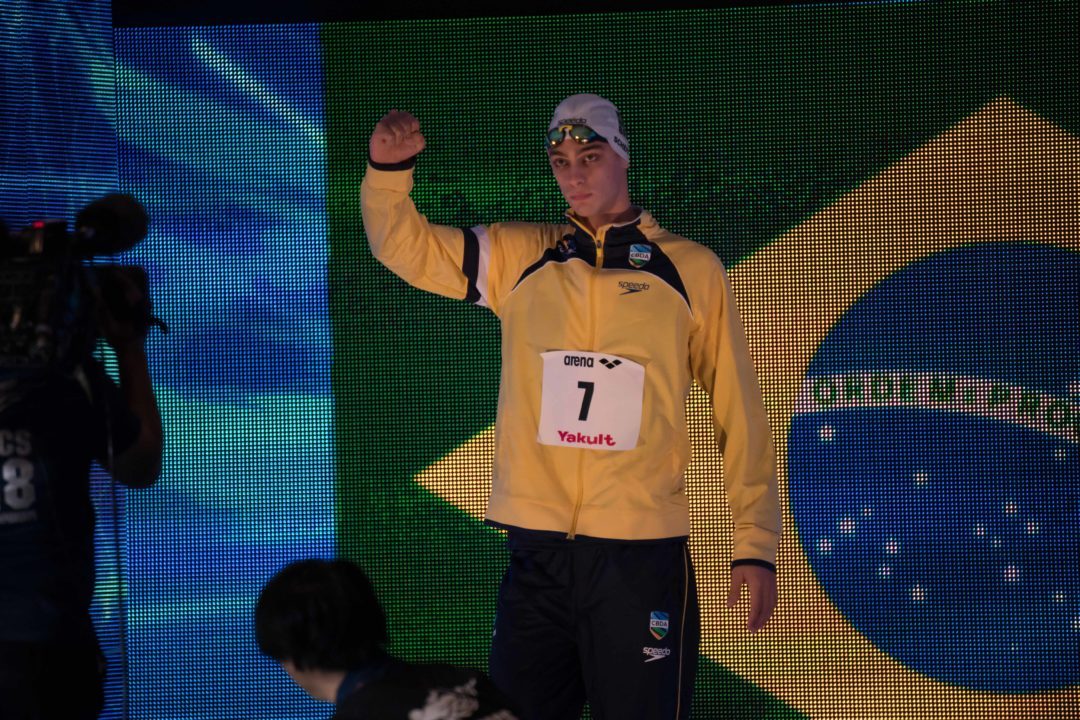 Swimming out of lane 8 no less, Scheffer clocked a 1:44.66 to win the Bronze medal in the men's 200 free. Stock photo via Mike Lewis/Ola Vista Photography

23-year-old Brazilian Fernando Scheffer won Brazil, and South America’s, first swimming medal of these Olympics tonight. Swimming out of lane 8 no less, Scheffer clocked a 1:44.66 to win the Bronze medal in the men’s 200 free.

Scheffer managed to get his hand on the wall 0.02 seconds ahead of 4th-place finisher, David Popovici, to secure his first-ever Olympic medal. With the swim, Scheffer broke his own Brazlian Record, which he set in prelims, and the South American Record in the event.

The Bronze medal marks just the 2nd time Brazil has medaled in the event. The only other time Brazil made the podium in the men’s 200 free was in 1996, when Gustavo Borges won Silver at the Atlanta Games.