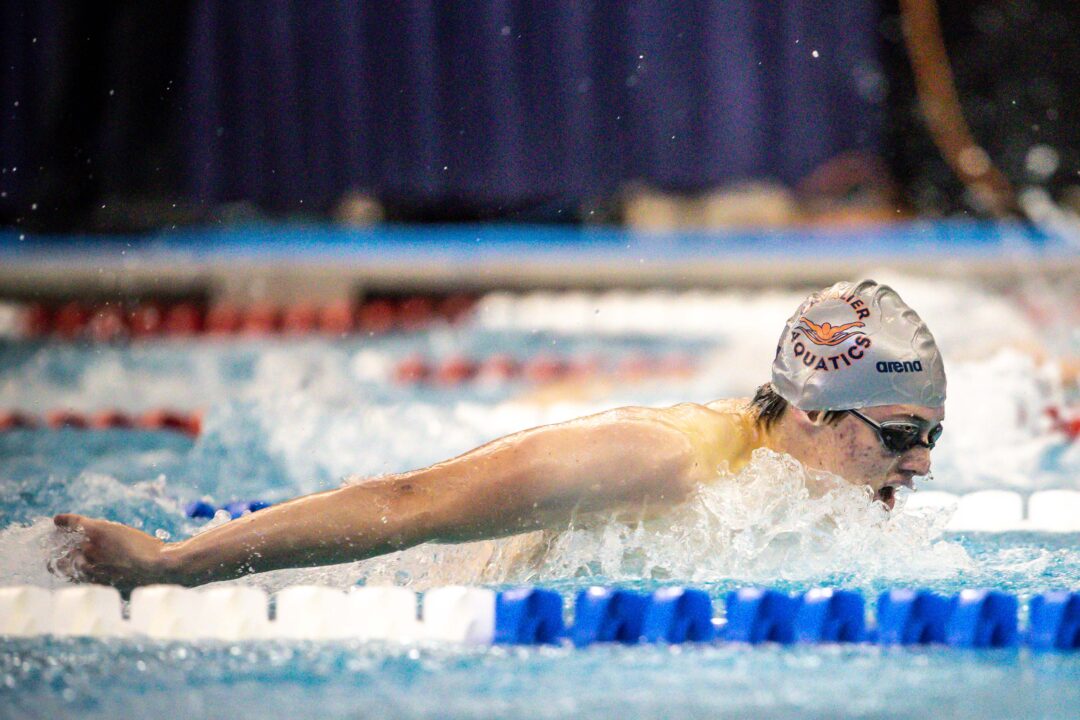 With the swim Heilman became the first 15-year-old American in history to crack 53 seconds in the LCM 100 fly. Stock photo via Jack Spitser/Spitser Photography

In prelims of the men’s 100 fly this morning in Greensboro, 15-year-old Cavalier Aquatics rising star Thomas Heilman swam a 52.87 to finish 12th, qualifying for the ‘B’ final. With the swim Heilman became the first 15-year-old American in history to crack 53 seconds in the LCM 100 fly.

Heilman now, despite having just turned 15 at the end of January, sits just 0.47 seconds off the 15-16 boys NAG, which is held by Luca Urlando at 52.40. It’s not inconceivable that Heilman, who has a history of swimming well in finals, could get ther tonight.

didn’t even realize Urlando had this NAG record. Could end up going 52.2 tonight.

I wanna say it’s strictly by time? I could be very wrong. Not that anyone is close to him but the C final is 18 and under

it isn’t by time. It is by results from A final, B final, then C final.

Spencer used a potato to screenshot the first graphic? 🙂

Love to see the continual improvement from all the youngsters!

On a quick search:

Depends when in the year their birthday falls, but they were probably in that range regardless.

2
0
Reply
someone
Reply to  Wanna Sprite?

this kids got 200 fly speed tho

To borrow my favorite phrase… “He was full of swimming”