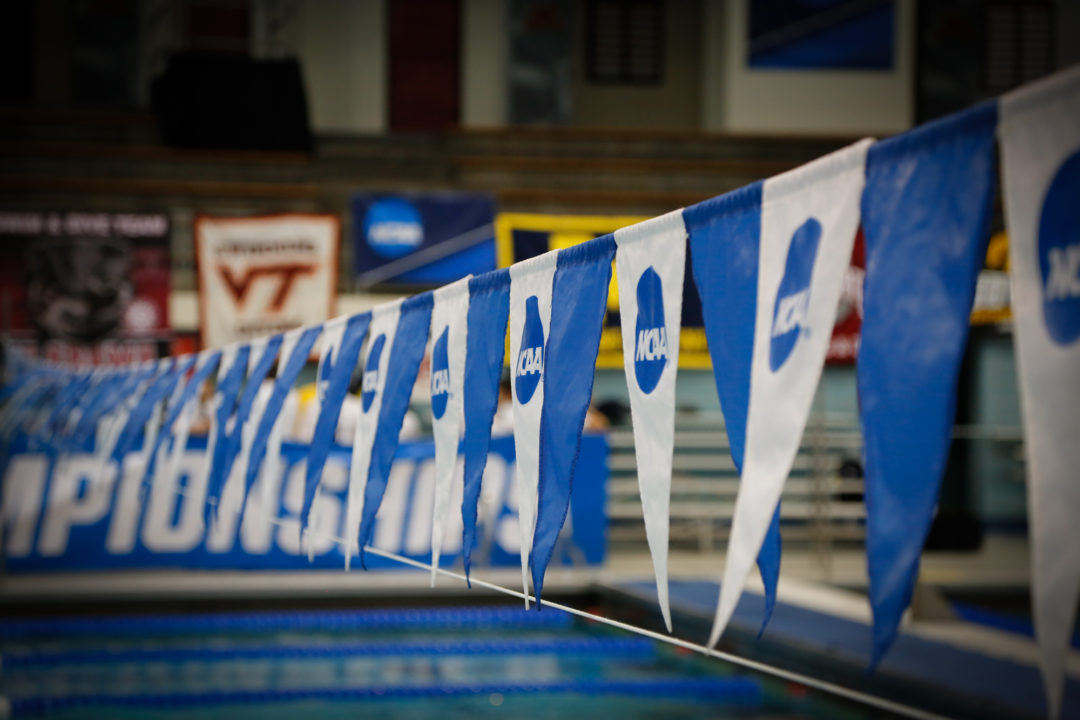 With all 5 “Power” conferences in action, plus a number of mid-majors in action, there’s a lot of swimming to keep up with this week. With so much going on at SwimSwam want to provide a quick snapshot at the highlights from yesterday’s collegiate conference meets.

Houston Freshman Mykenzie Leehy split 21.75 on the 200 free relay and won the women’s 50 free give the Cougars to a 60+ point over SMU. On the men’s side, SMU leads the two-team meet by 75 over Cincinnati.

Virginia freshman Matt Brownstead won the 50 free in 18.88 and became the third freshman in two days with a sub-19 flat-start 50 free. Virginia Tech holds a 17-point lead over Louisville. NC State is in third just 14 points behind Louisville.

Senior Autumn Haebig of Nebraska won the 200 free in 1:44.39 giving the Cornhuskers their first Big Ten title in any event since joining the conference in 2012. Ohio State leads by over 100 points over Michigan.

Washington State senior Chloe Larson made history as she became the first Cougar to win a PAC-12 title by winning the 50 free. Stanford currently lead by 45.5 points over Cal.

Georgia senior Camden Murphy won an epic 100 butterfly in 44.81 over Danny Kovac of Missouri (44.84) and Shane Casas of Texas A&M 44.91. Florida’s Adam Chaney continues to impress, finishing 2nd as a freshman in the 100 back, but Georgia’s Javier Acevedo won the race in 44.96. Kieran Smith added a 400 IM win to his 500 free victory earlier in the meet. Through Day 3 of the meet, Florida sits in first with an 80.5 point lead over Georgia.

UNLV swept the top five places in the 500 free to open up a 100+ point lead over defending champions Air Force.

Two senior getting two first evers, must be nice for the swimmers and for the coaches or the whole team as those two places are not powerhouses according to some, congrats on the good work. And if somebody says they are getting help from weaker field or bs like that, you play to win the game.

Conference Carolinas had some fast 50s for men

A lot of great swimming going on! Thank you for for the quick overview.