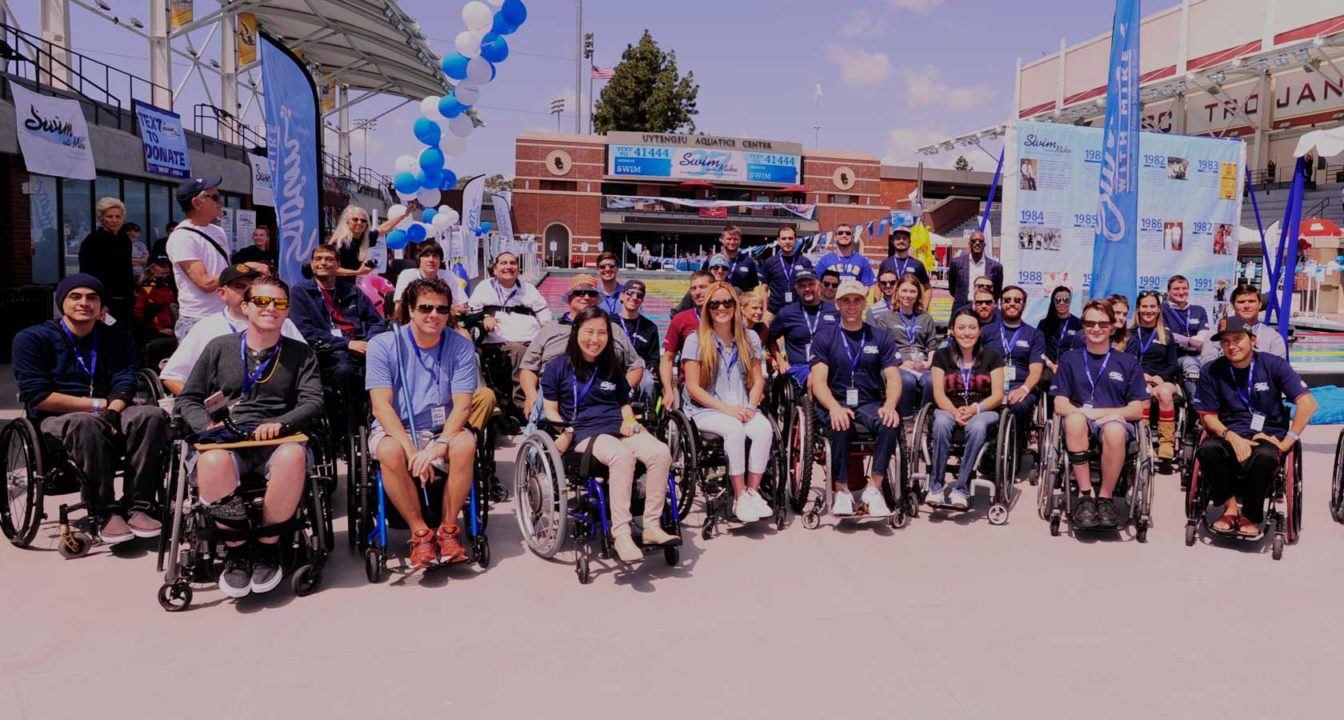 The Swim With Mike scholarship fund has grown from a single annual event centered around Mike Hyeholt’s alma mater USC has grown into a massive movement, raising over $20 million in scholarships to send 218 young people to 111 colleges across the country.

The event is a grand gala, complete with cheerleaders and football coaches and celebrities of all kind, including USC superfan Will Ferrell one year. After 38 years, the Swim With Mike program has put together a moving documentary that goes back to the early days of the program, connects it to today, and tells the original story of Swimming with Mike. The video includes original footage from the first Swim With Mike event in 1981.

To learn more, and to donate to SwimWithMike, click here.

What started in 1981 as a one-year fund raiser for Mike Nyeholt—a three time All-American swimmer, who was paralyzed from the chest down following a motorcycle accident—has turned into an annual fundraiser supporting physically challenged athletes around the country. Now almost forty years later, Swim With Mike has raised over $20 million in scholarships to help recipients overcome their tragedies and realize their dreams.

The Swim With Mike extended family relies upon volunteers, athletes, sponsors, campaign directors and donors throughout our community, country and around the globe. Without the generous donation of time, talent, and sponsorship, none of what we do would be possible. What started as a drop of generosity in 1981 has turned into a ripple and now a wave of support that is changing the lives of hundreds of physically challenged athletes.

To provide financial resources for advanced education that pave the way for physically challenged athletes to overcome their tragedies and realize their full potential.