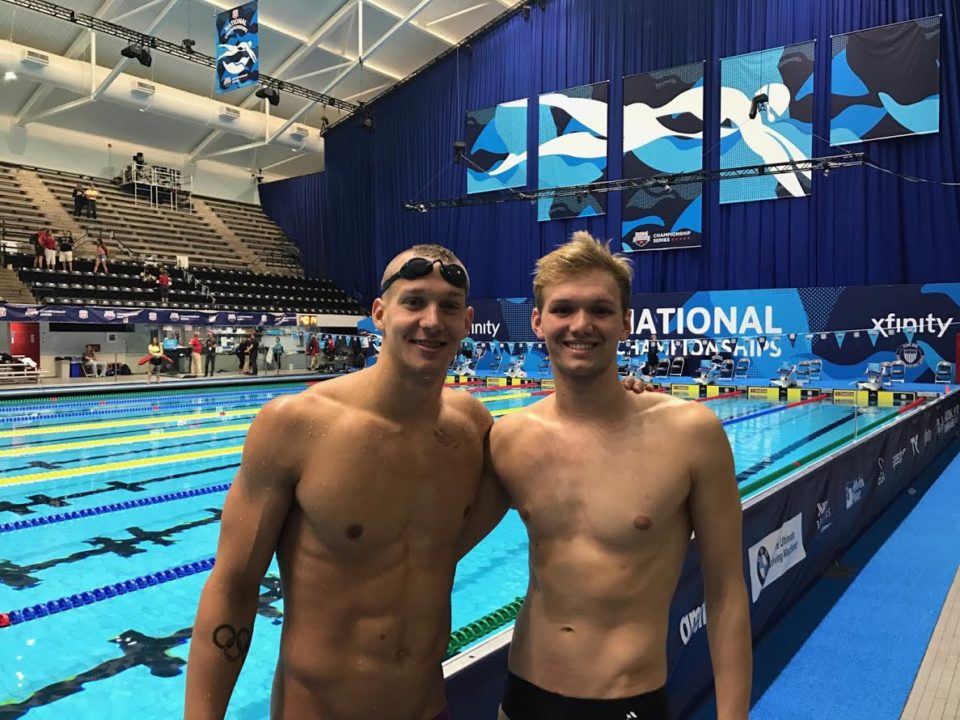 Texas A&M's Jonathan Tybur had a major breakthrough for the Aggies on day 2 of the 2017 U.S. Nationals/World Championships Trials. Current photo via Jason Calanog

Texas A&M’s Jonathan Tybur had a major breakthrough for the Aggies on day 2 of the 2017 U.S. Nationals/World Championships Trials. Since Jerrod Kappler and Devon Howard qualified for the Pan American Games team in 1998, the A&M men hadn’t had an A finalist at a long course U.S. Summer Nationals. That drought ended last week when Tybur qualified for the championship final of the 200 breast.

Teammate Brock Bonetti joined him as a scorer at the meet. Bonetti was a scorer in the 200 back, placing 16th after clocking a personal best 2:00.61 in prelims.

Pretty sure that earns you a plaque at the Dixie Chicken.

Deal the dominos and by me a longneck…or 2