TCU Set For Dual Meet On The Road At West Virginia 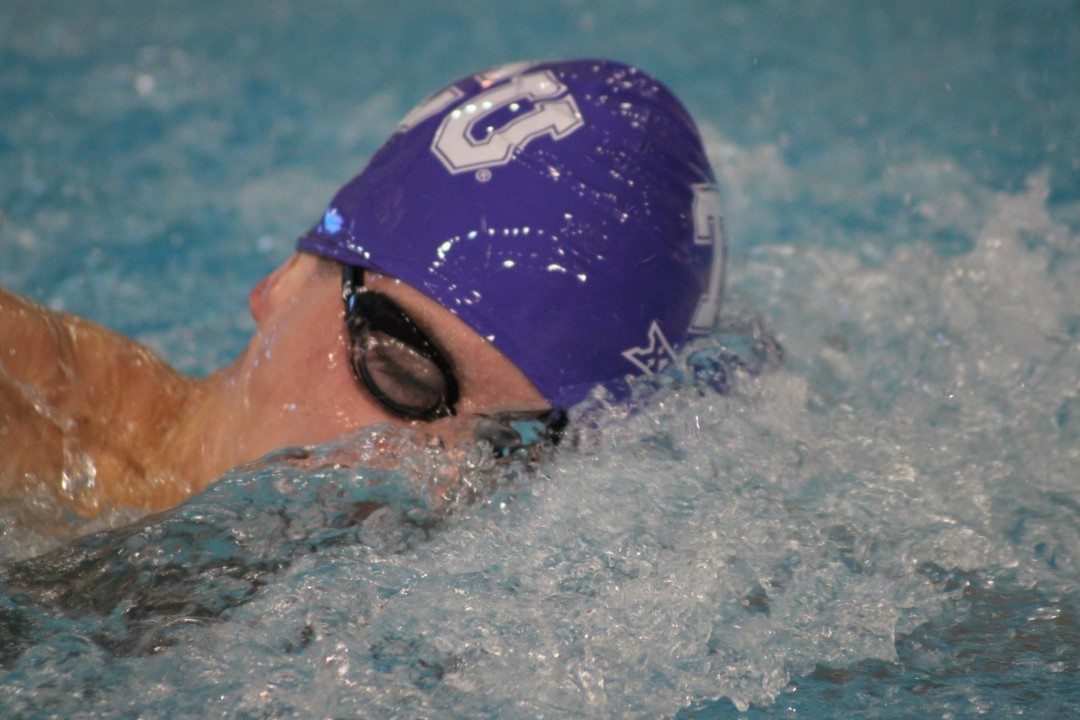 The TCU men’s and women’s swimming and diving teams will travel to Morgantown for a Big 12 dual meet against... Current photo via Andy Ringgold/Aringo Photography

The TCU men’s and women’s swimming and diving teams will travel to Morgantown for a Big 12 dual meet against West Virginia on Saturday, Jan. 14. Competition at the WVU Natatorium will begin at 10 a.m. CST.

The Series
The women’s team is 4-0 all time against West Virginia, while the men are 1-3 in the short Big 12 series. Last year, the women’s match was decided by the result of the last stretch of the 400-yard freestyle relay, the final event of the day. TCU’s relay team of Mikayla Winkler, Bryn Lohrberg, Micaela Roemer and Ally Robertson secured the victory and topped the Mountaineers, 157-143.

Holiday Gold
The men’s squad will be returning from break after winning the Incarnate Word Christmas Invitational in December. The team won the meet with 1,111 points, while the overall TCU team placed second at the meet. Freshman Radu Duican led the way for the Horned Frogs throughout the meet. He recorded a first-place finish in the 100-yard backstroke with a time of 50.21 in the “A” finals and placed second in the 200 back with a time of 1:48.73. Duican was also a part of the 200 medley relay team with junior Jakub Swierczynski, junior John Smith and senior Garrett Hills that took home silver behind a time of 1:33.34.

Live results will be available via Meet Mobile and @TCUSwimDive on Twitter.