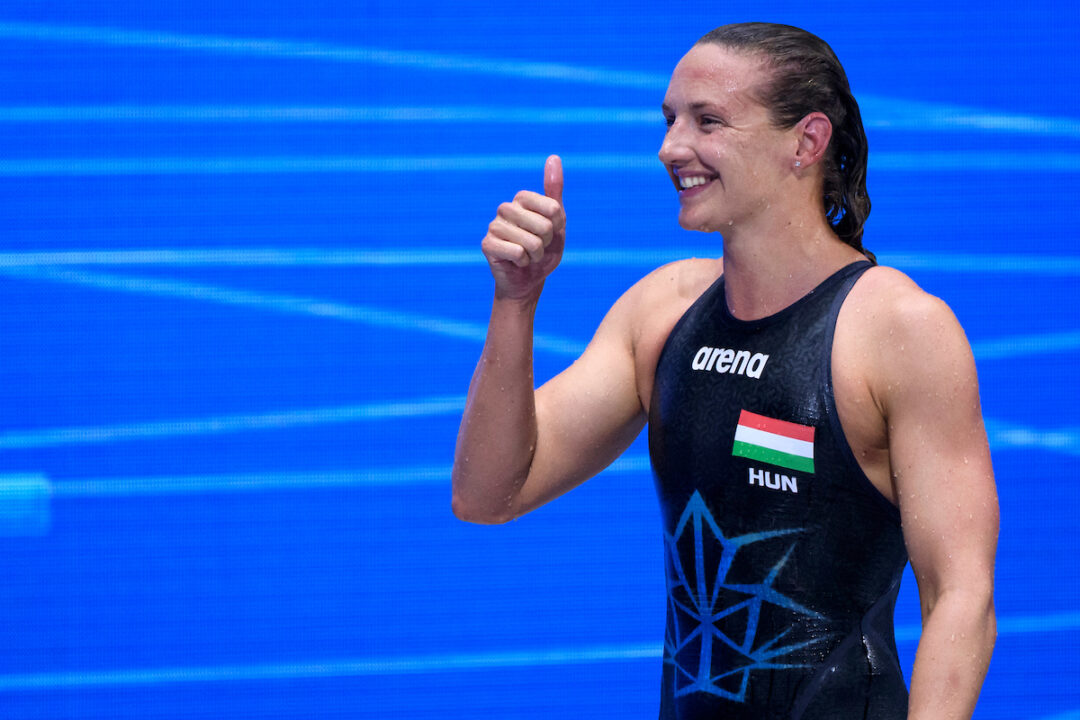 Our most recent poll asked SwimSwam readers to pick the most likely of three 2016 Olympic gold medalists to defend their titles in 2021:

Question: Who has the best shot to defend their 2016 Olympic title?

Our poll narrowed in on three events where a title defense might be more in question. (It wouldn’t be a very interesting poll result had we included Katie Ledecky’s 800 free!). But the 400 IM does stand out in this list, without any clear standouts to threaten Hosszu, even if she’s gone a bit backwards time-wise since Rio.

Hosszu has also won both Worlds golds in the 200 IM since Rio. But there appear to be more threats in that event, including standout backstrokers Kaylee McKeown and Kathleen Baker, along with IM talents like Yui Ohashi and Ye Shiwen. For 2021 so far, Hosszu is just 11th in world ranks across the calendar year.

Blume has not medaled at Worlds in the 50 free since her Olympic win. She’s had some good swims outside of the world spotlight, though, including a 24.06 at Euros this spring that ranks her #2 worldwide for the calendar year. She’s got a brutal field to deal with, though, including world record-holder Sarah Sjostrom, 2019 World Champ Simone Manuel and current 2021 world leader Ranomi Kromowidjojo.

Below, vote in our new A3 Performance Poll, which asks voters how many world records will fall at U.S. Olympic Trials after zero world records in both 2012 and 2016:

Yeah but does 6x as many people voting for Hosszu imply she’s 6x more likely to win? I think people would just put money on almost anyone to repeat over the winner of the 50. Manaudou was about as close to a lock as you could get to repeat in Rio IMO and that didn’t happen.

in spirit of hagino being in the mens poll, sjostrom should’ve been on this poll. then we watch her get more votes than blume

I’d bet on Ledecky beating her in the 4im. Ledecky has the distance ability to win it and will want to expand her reign from only competing in the basic stroke of freestyle.

a day before doing 2 rounds of 400 free? also has to fake 300m of strokes she doesnt train for, with the middle 200 being particularly slow

Doesn’t matter. They know it better, and of course it’s calfish.

This is even more true now that kaylee isn’t even going to swim the 4 IM at trials so the odds are in her favor at the moment.

Even american #2 will be faster than Hosszu.

How about this for a question;

Ledecky in the 400 free is probably the answer, but I can see a case for several others.

*If you want to include relays I would exclude the US women in the medley.

Most likely to repeat aside from Peaty and Ledecky: