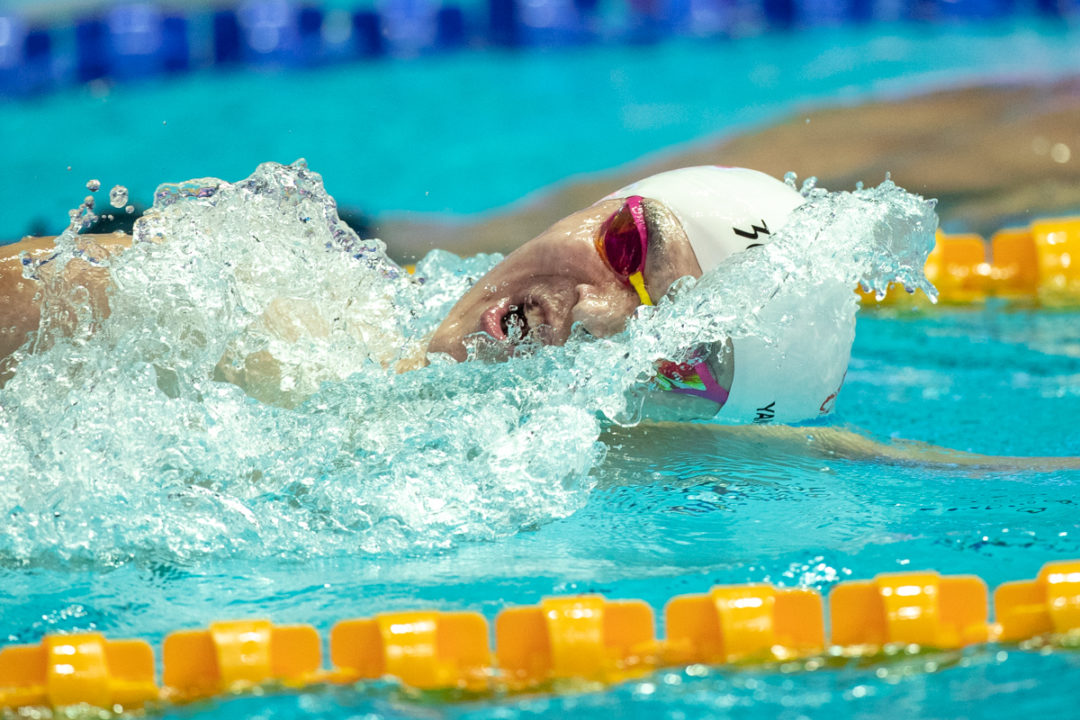 More than half of voters said they expect Chinese distance swimmer Sun Yang to be banned in time to keep him out of the Tokyo Olympics this year. Archive photo via “Rafael/Domeyko Photography”

Our most recent poll asked SwimSwam readers whether they thought Sun Yang would be allowed to swim at the Tokyo Olympics in 2021:

Question: Will Sun Yang swim at the Tokyo Olympics in 2021?

58.1% said Sun would be banned (for a second time) by the Court of Arbitration for Sport, or CAS. Sun was involved in an altercation at an out-of-competition doping test in the fall of 2018. In that incident, Sun challenged the credentials of doping control agents, and the night ended as one of Sun’s guards smashed a vial of Sun’s blood, claiming it had been drawn without authorization.

That’s where the story takes a turn into an alphabet soup of winding legal challenges.

FINA originally tried to ban Sun, but an independent doping panel cleared him. WADA appealed that ban to CAS. A CAS panel handed Sun an 8-year ban, though that fully public hearing was marred by frequent translation issues between Sun’s Chinese-speaking witnesses and the English-speaking panel. Sun appealed the decision to the Swiss Federal Tribunal, which upheld one of his challenges, sending the case back to a different CAS panel after the chair of the original panel published racist tweets critical of China on social media.

29.7% thought Sun would be allowed to compete in Tokyo this year, but only because the CAS panel wouldn’t be able to re-hear his case and come to a decision by the summer. Originally, Sun’s case had a lengthy timeline. The scuffle at the doping test took place in the fall of 2018. The altercation wasn’t publicly revealed until January of 2019. WADA announced in March that it was appealing the FINA panel, and it took eight more months before CAS could hear the dispute, in November of 2019.

With the Olympics bearing down, though, the timeline might be sped up this time around to avoid the potential re-distributing of medals if Sun is banned after the Olympics.

Just 12.1% of voters thought Sun would be cleared outright by the Olympics slated for this coming July.

Below, vote in our new A3 Performance Poll, which asks voters how USA Swimming should handle an Olympic Trials meet amid the ongoing coronavirus pandemic:

Hopefully the case isn’t held up and his ban is again placed on him. Keep swimming clean

I totally agree. Sun gang needs to be banned. But I hate the double standard of WADA and the west. The west and certain European countries like the UK are full of TUE abusers. Wada is biased.

The Chinese flag should be put on the shelf next to the Russian flag for the next few Olympics…and even then they probably won’t “get it”.

It’s getting close to too late to implement this, but an A/B cut format for trials would be smart this year. Set it up like the NCAA’s