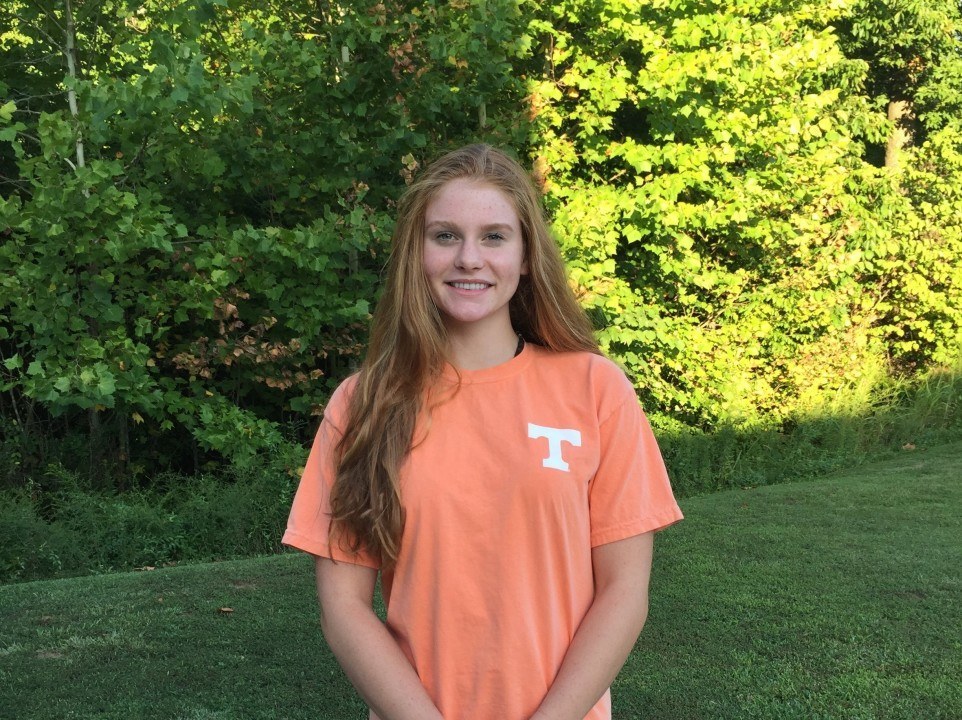 2014-15 National Junior Teamer Erika Brown of SwimMAC Carolina has made a verbal commitment to University of Tennessee for 2016-17. Archive photo via Erika Brown

Erika Brown, a senior at William A. Hough High School in Cornelius, North Carolina, has made a verbal commitment to join the Tennessee Volunteers beginning in the fall of 2016. A member of the 2014-15 USA Swimming National Junior Team, Brown has qualified for 2016 Olympic Trials in the 100m and 200m freestyles.

“Deciding on which college might be best was definitely tough, but I knew as soon as I went to Tennessee that it would be my home. I was instantly welcomed and felt as if I was already a part of the family. So thankful for the opportunities I have been blessed with. Looking forward to my future at Tennessee. Go Vols!”

Brown spent most of her swimming career at Pleasanton Seahawks and Ripon Aquatics in Northern California before moving to the Charlotte area and joining SwimMAC. She placed 11th in the 100m free (56.70) and third in the 200m free (2:01.07) at this past Summer Juniors in San Antonio, Texas. Her top times over the last two seasons are:

Tennessee will have some big freestyle holes to fill in the 2016-17 season after the graduation of seniors Faith Johnson and Lauren Driscoll. Brown has the potential for immediate impact as a Volunteer; her 200 free time would have been just shy of making the “A” final at 2015 SECs but would have scored solidly in the “B” final, a big help to Tennessee who didn’t score any points in the event. She has a bit of improving to do in order to score in the 100 free, though, but Tennessee got big points from “A” finalist Johnson and Harper Bruens in that event.

Brown should also add strength to the Volunteers’ relays, which have typically been one of the strongest elements of their lineup.