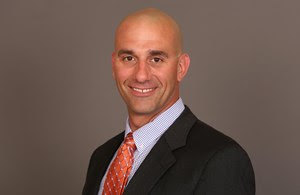 Steve Jungbluth is out as the associate head coach at the University of Florida after a dozen seasons with the Gators program.

“We have decided to part ways with Associate Head Coach Stephen Jungbluth,” Florida head coach Anthony Nesty said. “We wish him well on his future endeavors and thank him for his contributions to the program.”

Jungbluth arrived in Gainesville as an assistant in 2010, working his way up to associate head coach in 2018. As a sprint specialist, he notably coached Caeleb Dressel as he rose to become the best college swimmer in history. Dressel has continued to work with Jungbluth since leaving former coach Gregg Troy for Nesty’s group of Gators last November, specifically saying he would train with Nesty and Jungbluth. Jungbluth and Nesty helped Florida extend its SEC title streak to 10 years in a row at the conference championship meet this spring.

SwimSwam reached out to Jungbluth for comment but has not yet received a response.

With one meet already under their belt, the Gators’ next matchup is at Virginia on Oct. 22. Whitney Hite is currently the lone associate head coach on staff, supported by assistants Kristen Murslack and Jack Szaranek.

I have no knowledge of this situation – but how much could this decision be related to Katie Ledecky joining Florida? I would imagine she would not want this type of behavior in a program she was a part of. Perhaps she expressed her concerns about this type of environment and Nesty had to remove him?

2
-16
Reply
BostonLouie
Reply to  Washed Up

Why still no story on Foltz being fired at UVA?

I hear Central Iowa has an opening.

I’ve been waiting for someone to come up with a conspiracy theory that Dressel isn’t coming back to Florida and so, therefore no reason to keep someone toxic around since maybe–just maybe–that’s why he was kept around in the first place. If Dressel wanted Jungbluth, Jungbluth stayed. And, so, maybe this firing is foreshadowing to bigger news?

Disappointing to see Nesty’s public statement wishing him well, if in fact, Jungbluth was fired for anger management etc issues. I think this is part of the problem—never speaking to the truth, a coach moves on and repeats behavior, and some 10 years down the road something bad happens and everyone placed blame on someone else when really it was institutional failure. I get that Nesty and UF want to follow HR rules…but if a guy was violent within your program, do you really need to wish him well??

Even if what is said is true, there is always the chance of a lawsuit, so say as little as possible to protect yourself.

Opinion and truth are absolute defense to slander and most lawyers don’t take such cases. We have the right to free speech in the US.

Sure, and you have the absolute right to suffer the consequences of your speech. Free speech isn’t always free. Remember that the 1A is specific to govt actions only.

Last I looked UofFla is a govt entity.

Someone didn’t understand the first amendment

Snarky, as a lawyer who defends employers in circumstances very similar to this, the fact that truth is a defense doesn’t mean the former employee can’t sue. They absolutely will and will wrap you up in costly litigation for years to come. It’s not worth it when you can just say something neutral or positive instead to avoid that.

Adding to Dmswim’s comments as an attorney there is undoubtedly a Non Disclosure Agreement that has been signed by both parties that likely waives the right for legal action as well as a non disparagement clause that would prevent either side from negative comments. Hence the issued statement from Anthony and Florida.

Adding to Dmswims comments from the legal profession, there more than likely is an NDA that was agreed upon by both sides with non-disparagement language included that would prevent both legal action by both parties and might explain Florida’s/Anthony’s statement.

Despite what you seem to want, coaches are real people with real human emotions. Not ice cold automatons.

never rock the boat of coaching fraternity seems to be the choice usually. Then in the back channel if somebody asks the tell the truth but never air dirty laundry in public.

That temper caught up to him. Can’t treat people like [email protected]$% without it catching up to you.

For someone who swam for Gregg Troy and Steve, he is is nowhere near as bad Troy. Troy was 10 times worse. Troy just got away with bad things for a long time.

I knew Steve was passionate but never saw him overstep when I was there. I was pretty happy to see Nesty and Steve take over. Sad to see him overstep if it’s true.

If that’s the case then how is Hite still on staff?

I know many of us will be upset, but this position will ultimately go to Jake from Liberty. I mean this position has his name all over it #gameover

Based on the new U of Florida president, the employment of the Liberty coach would be a smart one

Since Ben Sasse is from Nebraska, maybe they’ll bring in Pablo Morales?

Might be more likely to grab Jake from State Farm.

Almost every college swimmer (virtually 100%) will ultimately make a living for something other than swimming. So I’ve never understood coaches who ignored the development of the swimmer as a person. Even the greatest college teams of all time only have 3 or 4 star swimmers at any given year. If you’re being paid by a university, it should go without saying that you’re in the business of developing young people.

Everyone is pointing out that this guy developed and currently coaches stars. That’s great. But what about the average guy on the team, or (gasp!) the guy who ends up underachieving for whatever reason. Some guys hit a mental block, others top or physically (plateau), some decide to major… Read more »

IMO there’s an even more pressing issue at the club level. Every LSC meet deck in the country is rife with gossip about problematic coaches. But 14 year olds don’t always have the language or experience to recognize that and hey they get kids into college right?

I went from being a decent (not great) zones / sectionals level swimmer to stalling and quitting a couple years later after a head coach change. Was there anything actively problematic or worthy of a headline to report? I don’t think so. He was just kind of a dick. Some (already promising) kids did well and some others quit too.