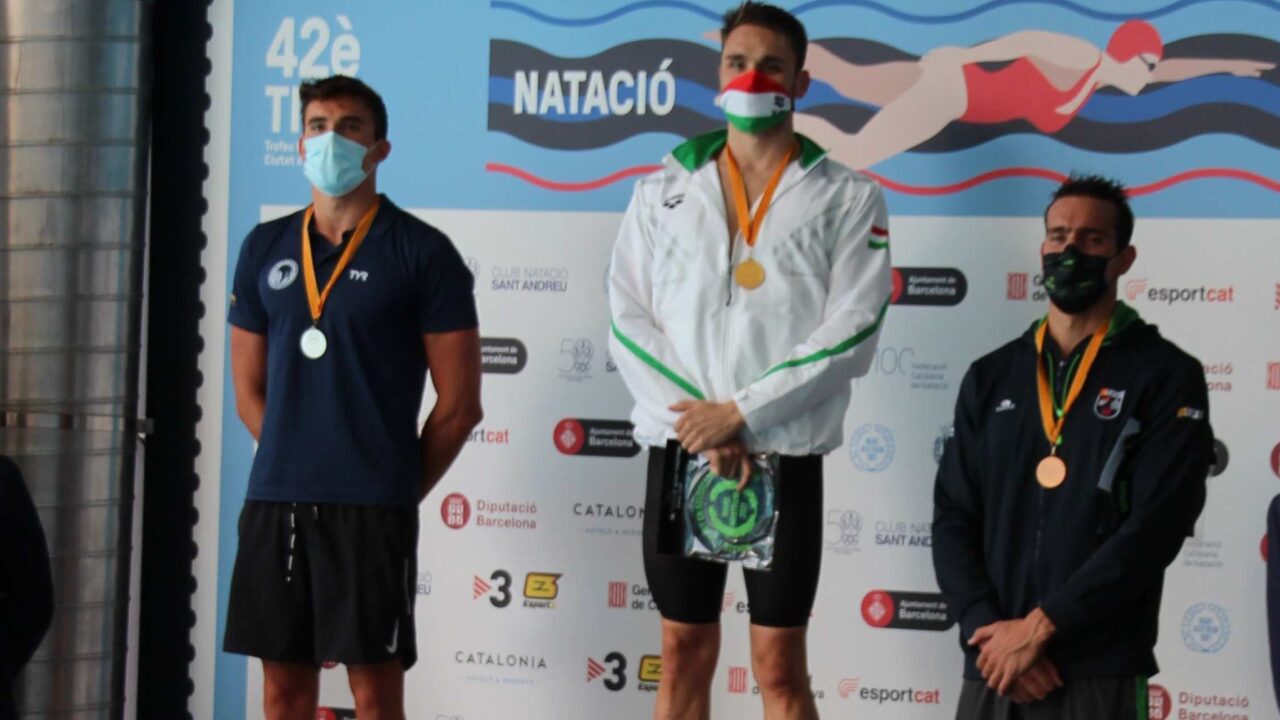 Led by the two fastest 100-meter freestylers in the country’s history, the men’s 4×100 free relay team from Spain crushed its previous national record from prelims by more than 1.5 seconds in Sunday’s final.

Dominguez, who became the first Spanish man under 49 seconds during Friday’s 100 free prelims, was the biggest difference-maker in the squad’s record swim this morning. In the final, though, it was his teammates who stepped up and did most of the heavy lifting to bring the national relay record down even more.

After breaking Dominguez’s short-lived individual national record with a 48.82 leading off the relay in prelims Sunday morning, de Celis lowered the standard once again on the opening leg of the final.

Spain’s individual 100 free national record has now been broken three times in the past three days in addition to the two relay records on Sunday.

The former individual record holder, Dominguez, dipped under 48 seconds again in the relay final and shaved six one-hundredths of a second off his prelims time. Molla went .18 seconds faster than his performance from the morning heats, while Marti answered the call as the new closer by posting the biggest drop of the group, taking .86 seconds off his prelims time.

The team’s time would have placed 11th in the heats of the last Olympics and missed the final by .6 seconds. The mark could be a lot lower by the time Paris 2024 rolls around in a couple years, however, as de Celis is the oldest member of the quartet at just 22 years old. Dominguez (19-year-old sophomore), Molla (20-year-old sophomore), and Marti (20-year-old junior) all currently compete for Virginia Tech.