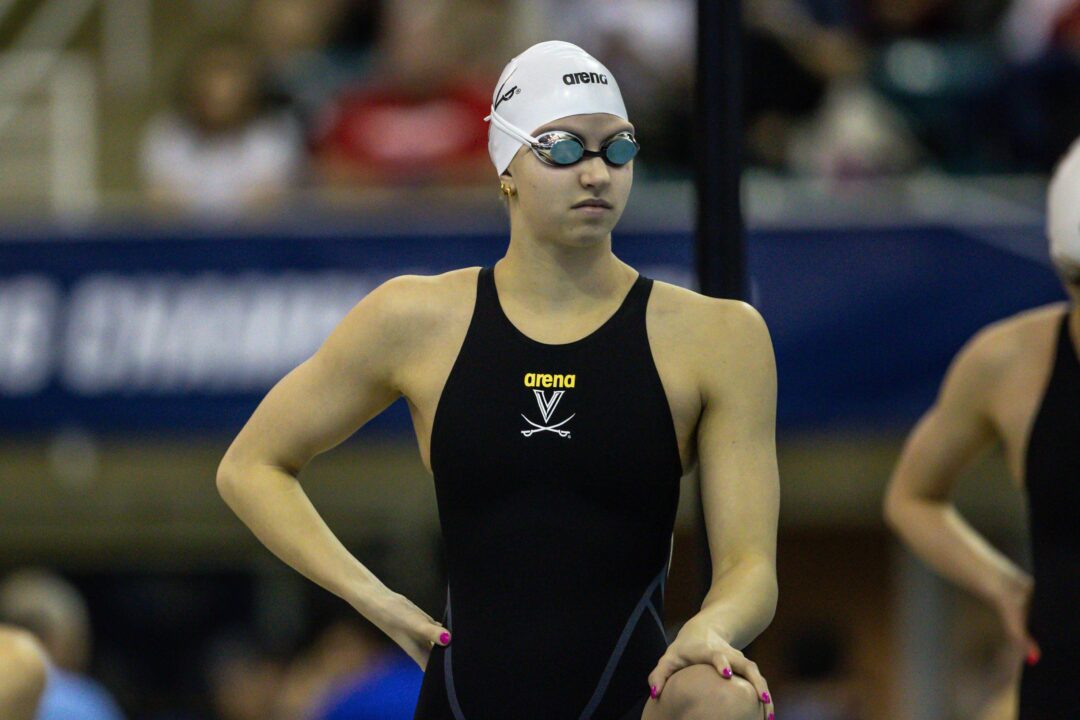 The University of Virginia will open their 2022-2023 swimming & diving season with dual meets against two of the country's top programs. Archive photo via Jack Spitser/Spitser Photography

The University of Virginia has released its NCAA meet schedule for the 2022-23 season via head coach Todd DeSorbo‘s Instagram page.

The Cavaliers will start off their season with a home dual meet against Florida on October 22nd, 2022, where they will be raising their 2021-22 NCAA Championship banner for the women’s team. This matchup should be an interesting battle between two of the best men’s sprinting groups in the country, with UVA being the American record holders in the 200 free relay and Florida being the defending national champions in the same event.

In addition, Florida is also the school that Olympic silver medalist Emma Weyant transferred to after spending one season with UVA. It is still unclear whether or not she will be eligible for competition in the 2022-23 season because she transferred after the May 1 deadline, but if she’s able to compete this fall, she will have to kick off her season with a return to her old school.

UVA’s matchup against Texas, which is set to happen from November 4-5, 2022 in Austin, will be one of the most anticipated dual meets of the entire season. The UVA women are the defending national champions, while the Texas women are the national runners-up, so this meet could be a preview of what’s to come during the championship season. The men’s side of this meet will be competitive as well, with the Texas men being the defending national runners-up and the UVA men finishing 10th at NCAAs last year.

In the UVA-Texas meet, we could potentially see another transfer returning to compete against their old school. Tim Connery spent his freshman year with Texas but recently transferred to Virginia this summer. While the plan is for Connery to be eligible to compete for Virginia immediately, the program is still working through that process.

In addition to the Florida and Texas meets, UVA will also have in-conference dual meets against Virginia Tech, North Carolina, and NC State. They are also set to compete at the Tennessee mid-season invite from November 17-19 2022, and host the Cavalier Invite from February 3-5, 2022. The 2023 ACC Swimming & Diving Championships will be held in Greensboro, North Carolina, with men and women competing together for the second-straight year.

DeSorbo also confirmed to SwimSwam that UVA will be hosting long course meters intrasquad competitions every four to six weeks, similar to what they did last season.

Mens team with a tough schedule two years in a row. Good prep for NCAA!

Tim Connery gonna straight-up get hammered by the Longhorns. #nomercynomalice

But they won’t be rested at all.

@snarky. Who cares if they’re rested, asleep or awake? It’s March that counts and the Hoos deliver.

Here we go! Best of luck to everyone this season!