She Said Yes! Caeleb Dressel and Meghan Haila are Engaged 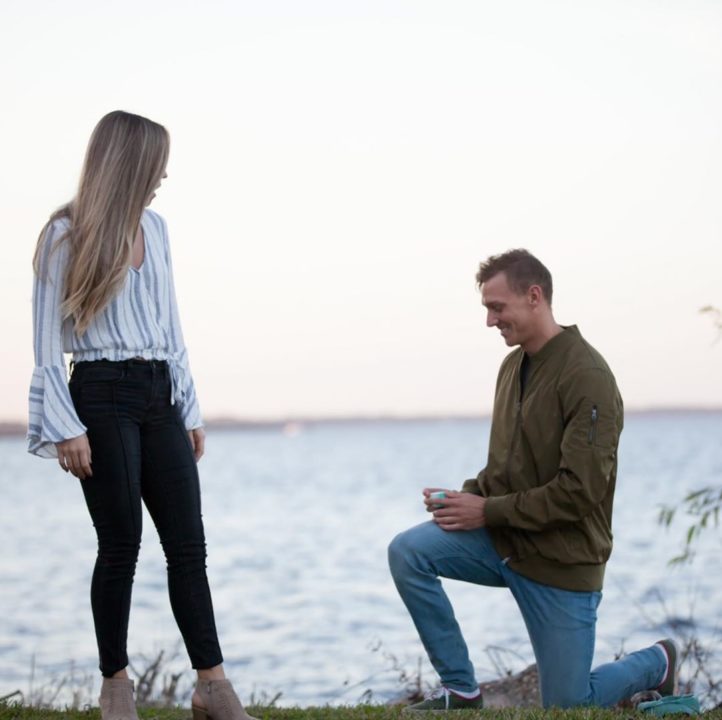 It's ring season! Meghan Haila and Caeleb Dressel got engaged on Friday when Dressel knelt and popped the question in their native Jacksonville. Current photo via Kaitlyn Dressel Photography

Superstar American swimmer has a lot to plan for over the next 8 months between now and the Tokyo Olympic Games, with the ISL finale next month in December, the Olympic Trials, and the Olympics all upcoming.

Now, he’s got one more thing to plan: a wedding.

Dressel proposed to his long-time girlfriend Meghan Haila on Friday at Shands Pier back home in Jacksonville, and by all accounts, she said ‘yes!’ The ring was designed by Jack Sutton Jewelry, and appears from photos to be a solitaire cut diamond on a gold band.

Dressel’s swimming achievements are well-told. He’s a two-time Olympic gold medalist, and looks due for more after a historic 6 gold, 2 silver medal performance at last summer’s World Championships. His fiancée Haila is an accomplished former swimmer as well. While attending Creekside High School, she was a two-time state champion in the 100 breaststroke, and she went on to swim collegiately at Florida State.

The pair have been dating since they were teenagers, and they trained together in high school with the Bolles School Sharks club program.

Hands down – this was my FAVORITE surprise proposal TO DATE. My little brother & one of my best friends get to spend the rest of their lives together!!! 💗 God is so pure in his blessings to us. So thankful I’m a photographer when moments like this happen 😉 I may be horrible at posting all my photoshoots on insta but Not slow at posting this shoot!

are you seeing this?

Why does upvoting a comment also make the downvotes go up as well?

READER CONTEST: where on Caeleb’s body will he get Meghan’s name tattooed? (Or do’ya think he’ll work it into his existing left sleeve?)

Cant believe I’m getting engaged at the same time as Baeleb. My life is complete now

I’m happy for him, but still upset

You love to see it! All the best Caeleb and Meghan!