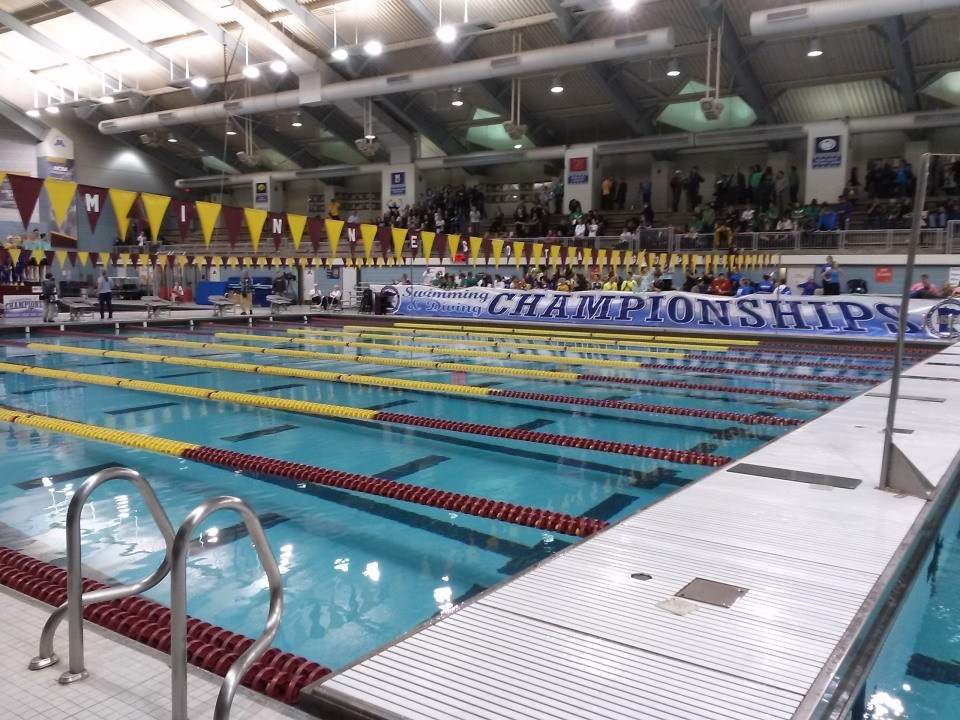 A total of nine new meet records were set at the Central Zone 14& Under Championships. There were four individual records and five relay records broken. Stock photo via Jared Anderson

The 2022 Central Zone 14 & U Championships was held at the University of Minnesota Jean K. Freeman Aquatic Center in Minneapolis from August 4th-7th. There was a lot of fast swimming and exciting races, including the setting of nine new Central Zone meet records.

On day one, Claire Conklin of Team Illinois took down the first record in the Girls 13-14 50 meter free. She swam a 26.46, taking .19 seconds off the previous record which was set in 2018 by Brady Kendall.

Fourteen-year-old Conklin, who trains with Fox Valley Park District Riptide in Aurora, Illinois, set another meet record in the 50 meter backstroke. On Sunday, the final day of competition, she won the 50 back in 29.86, taking .42 seconds off the previous record. Indiana’s Elyse Heiser had set the previous record in 2018.

Fourteen year old Imogen Duffy (IL) won the 13-14 50 meter breaststroke in a time of 33.81, breaking the previous meet record by .06 seconds. The previous record of 33.87 was set in 2018 by Olivia Dedinger of Nebraska. Duffy was competing for Team Illinois, and she regularly trains and competes with the Hinsdale Swim Club in Hinsdale, IL.

The boys 13-14 50 meter breaststroke record was also taken down, this time by Wisconsin’s Sam Wolf. Wolf won the event in 30.00 seconds ,smashing the old record by .82. Matt Vatev of Illinois came in second place, also swimming under the previous record by posting a 30.07. The 30.82 record was held by James Pan and set in 2018. Wolf and Vatev are now ranked 1st and 2nd in the nation this year among 13-14 boys in that event.

Among the 11-12 age group, Wisconsin’s Maggie Dickinson had a couple stand out swims. She won both the 50 and 100 backstrokes, in times that rank 5th and 2nd in the nation this year among 11-12 year olds. In the 50 back, she dropped well over a second to go 31.29 in her individual race. Leading off Wisconsin’s 200 Medley Relay, she dropped even more time, going 31.23.

There were 7 different LSC’s competing at the meet. Team Illinois took first place with 6177 points, well ahead of Team Minnesota’s 4724.5 points.