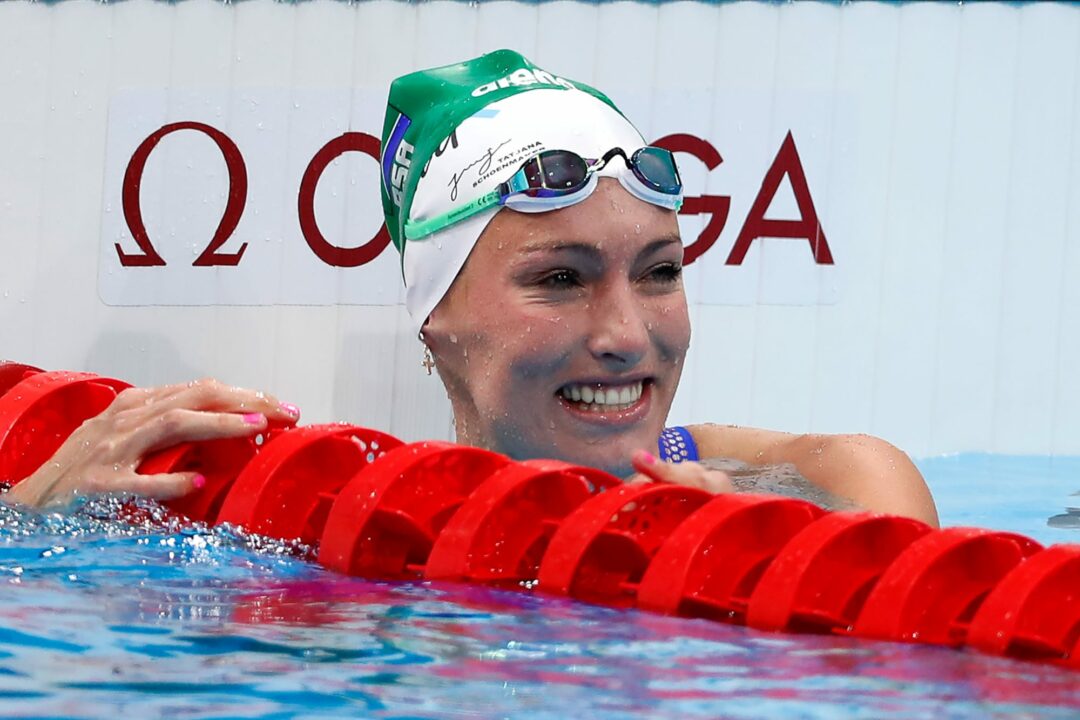 Tatjana Schoenmaker of South Africa took down the Olympic and African Records in the 100m breaststroke in prelims on Sunday. Current photo via Simone Castrovillari

Tatjana Schoenmaker of South Africa downed the Olympic Record and the African Record in the 100 breast in prelims on Sunday night, clocking a 1:04.82 to lead the field by .7 heading into semi-finals. She moved from 17th to 5th on the all-time list of performers in the event.

“I didn’t expect that at all. When I saw I was ahead, I thought I was dying because I was going way too fast at the end and I thought I could just try and hold on,” said Schoenmaker after her record-breaking performance.

“I obviously saw that they were catching up a bit at the end and I was getting quite tired… I didn’t expect that, very happy with that as a first race. In the end, I was feeling a bit tired. My stroke rate was much higher so I could feel I went out strong. I’m not sure what my going out time was but it was probably my PB.”

“I’m happy with my time and I feel like this has taken a mountain off my shoulders, so now I can just enjoy racing like the world’s best.”

Schoenmaker was fifth seed coming into the Games with 1:05.69 from South African Nationals in April 2021. That swim was a lifetime best. It broke both the national and continental records and earned her a qualification for the Tokyo Olympics.

Well done to a World Class Performance! You are a ⭐️!!! Be Blessed!🌻💫