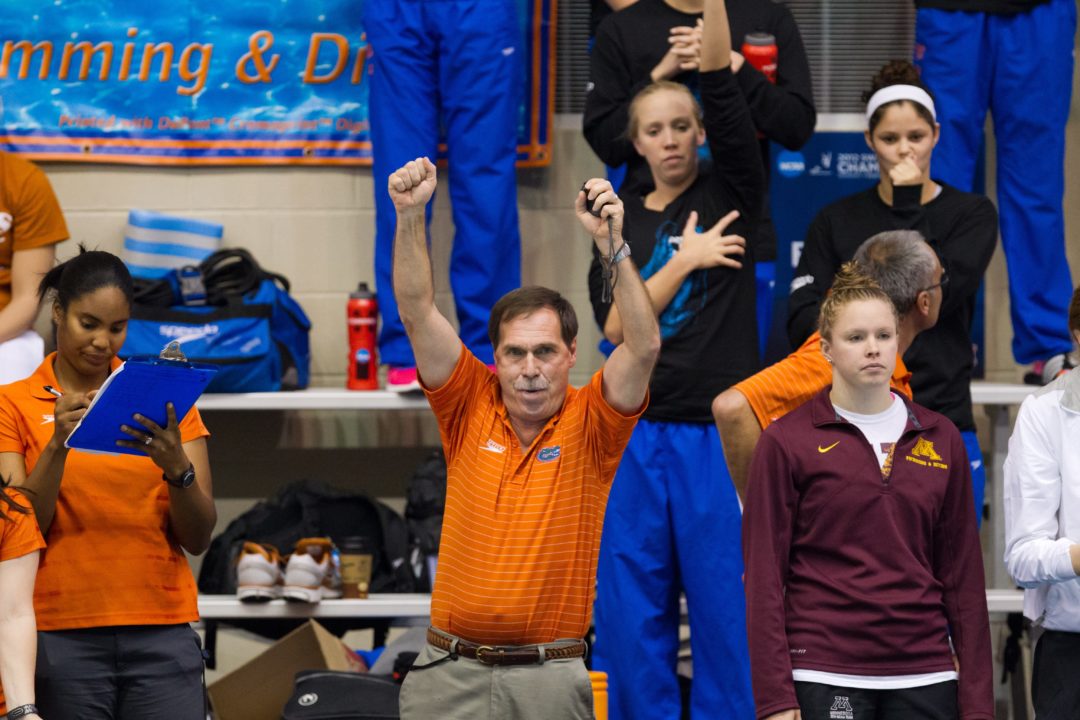 For all of the latest news on college recruiting, click here.

The college verbal commitments are coming in high and fast, and the latest swimmer to give her verbal pledge is Taylor Katz from the Sarasota YMCA in Florida: one of the country’s best YMCA programs. She has decided to swim for Gregg Troy and the Florida Gators beginning next fall, about a three-hour drive due-north of her hometown.

Katz has some good versatility, but is primarily a middle-distance freestyler. She has bests of 1:47.24 in the 200 free and 4:43.64 in the 500 free, and collegeswimming.com rates her as the #3 recruit in the class of 2013 out of the State of Florida. Even with the addition of Texas A&M and Missouri, she should be an SEC scorer as a freshman. She joins a Gator distance group that is fairly deep, but lacks a lot of explosiveness to score big points at NCAA’s.

Like we’ve seen from most of the time prospects, especially on the women’s side, she focused her efforts on long course this year in preparation for the Olympic Trials, and that paid off at Junior Nationals with 2:02.16 and 4:15.05 in the 200 and 400 freestyles, the latter of which earned her a silver medal behind only junior superstar Gillian Ryan.

As a junior at Riverside High last year, she was the Florida 3A State Champion in both the 200 and 500 freestyles individually, as well as the 200 and 400 free relays as she led her squad to a runaway State Championship. Also on that squad was 2012-2013 Florida freshman Ashlee Linn.

Congrats to Taylor and the Florida Gators!

I am sure that UF is thrilled…congrats Taylor and glad you are staying in the SEC!