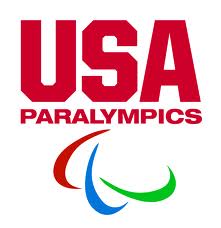 Sapp's records were a part of a slew that fell throughout the final day of competition at the United States Paralympic Trials.

The United States’ Paralympic Swimming Trials wrapped up on Saturday, with athletes taking to the water to compete in the 100 fly, 150 IM, 200 IM, and 50 free.

Highlighting the final day of racing was Lawrence Sapp, who took down a trio of American records in the S14 class. The 19-year old who swims for Nation’s Capital Aquatic Club started off his day by setting the record in the 100 fly. He easily cruised to the win by a large margin, touching the wall in 56.10 for the gold medal. In the race, he also picked up a second American record, as his split of 26.15 during the first 50 was also under the previous record. Later in the finals session, he picked up another win, and his third American record of the day, in the 200 IM, touching in 2:17.44. After the meet, Sapp said, “My times were really good so I was really happy with that. I did great this weekend, I was proud of myself.”

The final day of the meet also saw a pair of men break the same record in their respective events twice. David Abrahams twice broke the SM13 200 IM record, while Jamal Hill twice lowered the S9 50 freestyle record. In the IM, Abrahams swam to a final time of 2:14.68 during finals, while Hill’s time at night was 25.34.

It would be great if SwimSwam could outline the results like they do for US Olympic Trials, especially since not all of use have access to Meet Mobile.

Super proud of and happy for Larry!