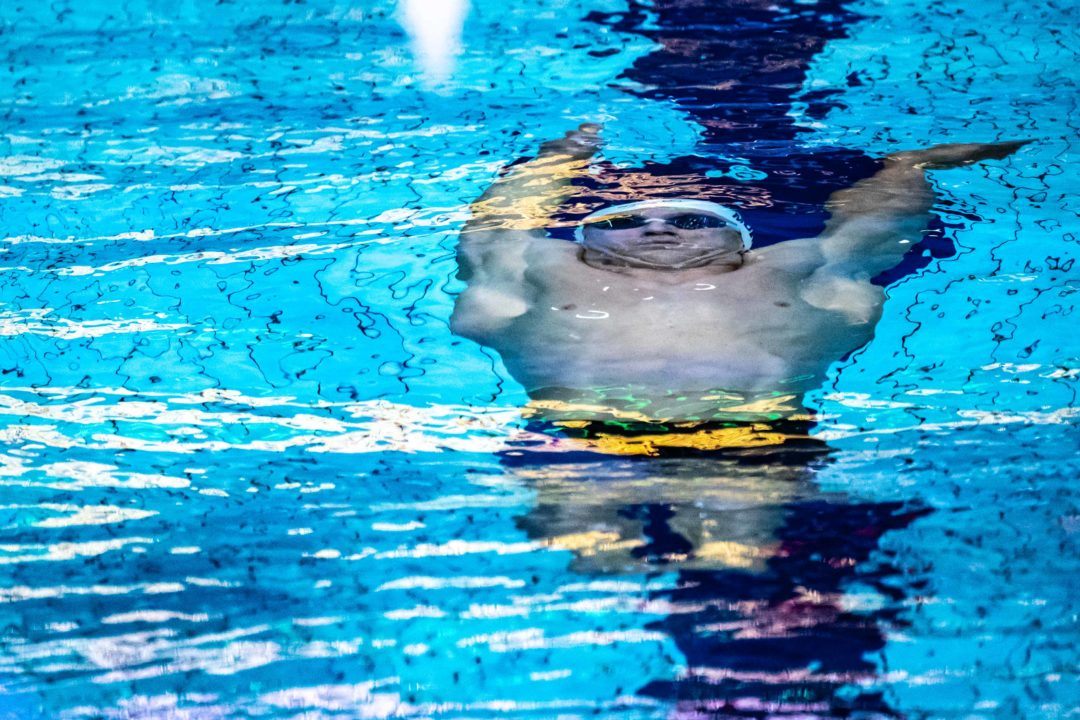 Consider the men’s 100 back world record to be very much in sight Friday night for Ryan Murphy, who broke the Pan Pacs meet record in impressive fashion in  prelims Friday morning.

Murphy is the current world record holder in 51.85, and was 52.51 at the 2018 Phillips 66 National Championships two weeks ago when he swept all three backstroke races. His 52.19 is the 11th-fastest performance off all-time, just behind his own No. 10 all-time performance of 52.18.

Brace yourself KK is coming

that was the olympic final!

Murphy’s legs look so little in the picture 😂

Sometimes it’s fun to watch people fail epically, especially when they one had it. It makes us feel better about our insecurities for a moment.

Dude with 2 World Champs individual golds swims a time most of us could only dream of, but which is 1 or 2 seconds slower than the guys he’s racing, and you’re happy about it?

Focus on reaching in your own career half the level Larkin has in his and you might feel better about other people’s successes.

I’m hoping that too. No respect for the man who cheated on his partner multiple times.

Exactly why I hope he gets roasted.

Simone Manuel’s aren’t too far off of that

and that’s why she’s the double champ…. Streak in danger though

just added it to the article

Decision to put Baker instead of Murphy in backstroke and Michael Andrew instead of King is looking even more suspect now! You win some you lose some

Who had the hottest hands coming out of Nationals? Baker and MA. Baker and Dressel laid eggs on that relay The only one who delivered was MA. King has not been a great relay swimmer, typically never splitting better than her individual swim. She was a second off her best in her individual swim, so who knows what she would’ve been. Who’s to say Murphy would’ve been red-hot yesterday, when none of the top two Americans swam a best time (Seliskar maybe by a tenth or two)? Baker was almost a second faster today in the prelims.