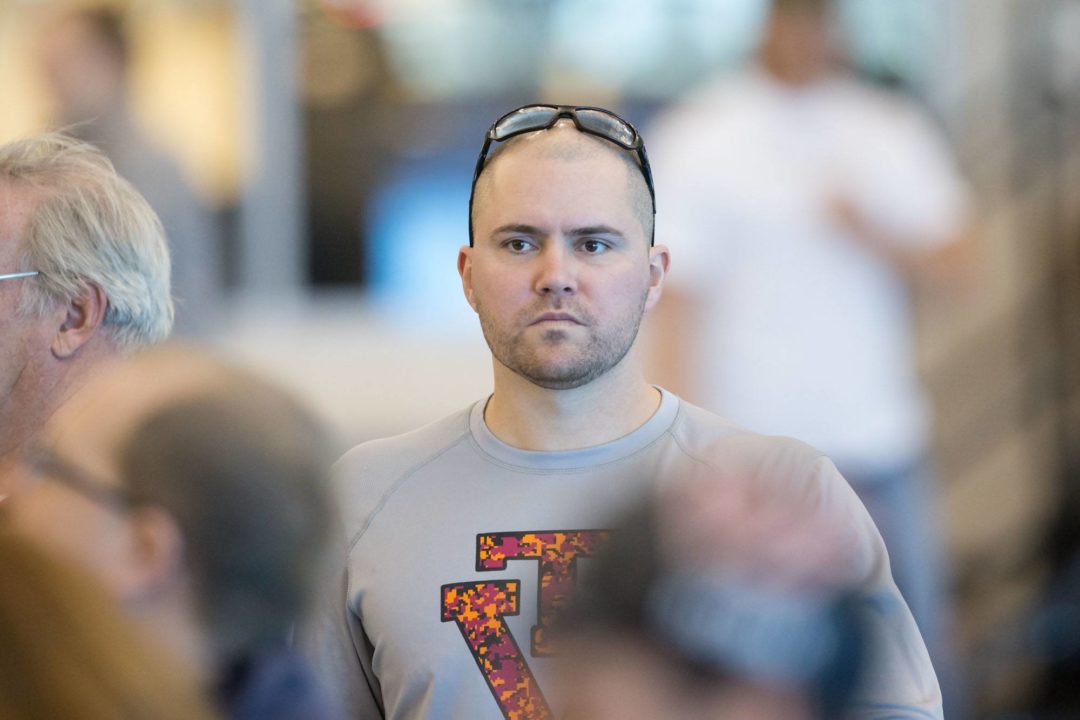 Robelot will return to collegiate coaching after several stints at Division I schools, including Wisconsin-Green Bay, Virginia Tech, WKU, and Houston. Archive photo via Tim Binning/TheSwimPictures.com

Reed Robelot will make a return to collegiate coaching as he has accepted a coaching position with Miami University (Ohio). Robelot will serve as an associate head coach with the Redhawks.

Robelot signed a one year, $52,000 contract with Miami University.

Robelot has a significant amount of collegiate coaching experience. From 2010-2015, Robelot served as an assistant coach for Virginia Tech. While in Blacksburg, Robelot helped guide the Hokies to succeed at the conference and national levels. These accolades include ACC Championships and All-American honors across individual and relay performances.

Robelot also had stints as the head assistant coach at Western Kentucky (2007-2010) and the volunteer assistant at Houston (2006).

Miami University is a Division I mid-major school that competes out of the Mid-American Conference (MAC). The Miami Redhawks are a combined program led by head coach Hollie Bonewit-Cron.

Last season, the men’s team won the 2021 Mid-American Conference Championships, which was their 2nd title in 3 years. The women’s team finished in 3rd out of 8 collegiate teams.

In addition to being the head coach of LSU’s men’s and women’s swim programs, Rick Bishop has taken on the role as the new owner of Tiger Aquatics Swim Club. Jeannine Elise Malbrough, who’s been with Tiger Aquatics since 2007, has been appointed as the new head coach.

Any idea what’s going on at Green Bay? No Head Coach and they’re getting well into the season.

The athletics department is ignoring us. Between this and previous administrative decisions, not super hopeful for what it could mean.

If anyone on the team wants to email me what’s going on, braden@SwimSwam.com.

Whats the point of posting his salary?

Will Hollie ever hire a female for her staff?

Will Hollie ever get an assistant to stay more than a season?

Multiple coaches have worked for her for multiple years. She has one of the longest tenured assistant swim coaches in the conference. Know what you are talking about before chiming in.

Wonder how long he will stay. I bet 1 and done

He must not have asked his brother about working for Hollie

Or anyone else who’s worked for her