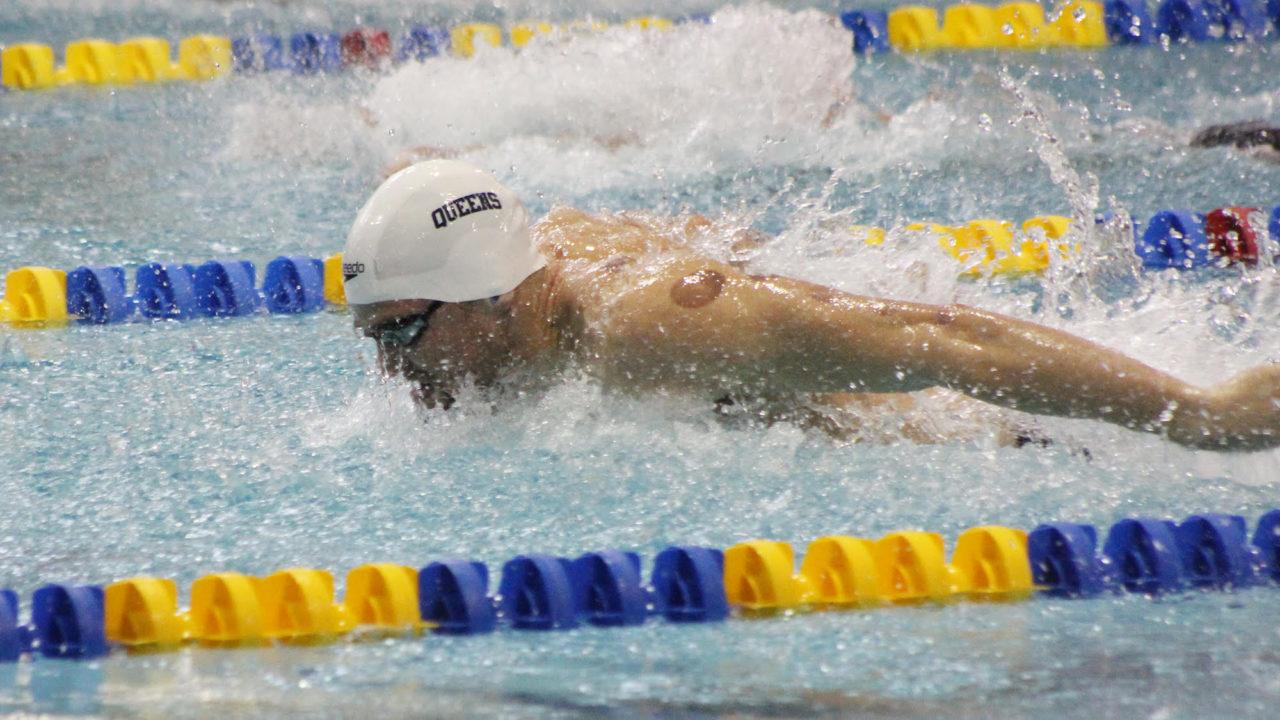 With D2 nationals rapidly approaching it’s time to get an idea of what to expect at the meet. The psych... Current photo via Queens Athletics

Alex Kunert broke the NCAA D2 record in the 200 fly with 1:41.19 during the finals session on Friday.

With D2 nationals rapidly approaching it’s time to get an idea of what to expect at the meet. The psych sheets were recently released. Scoring those out should give some idea of what is likely to happen. The psychs don’t include diving (310 total points for each gender), but should provide a decent baseline for pre meet expectations.

The Queens women look like they are in a solid position to defend their title. They enter with 638.5 points on the scored psych sheet, over 200 points more than next best Drury who have 438. Drury are them selves head and sholders above the not Queens teams.

Tampa are nearly 200 behind with 250.5. 3rd place is about the highest place that could plausibly change hands. Nova Southeastern (220.5) and UC San Diego (217.5) are within striking distance of Tampa.

Queens have 34 individuals seeded in the top 16, 14 better than Drury’s 20. Tampa appears to have a depth advantage in the race for 3rd with 15 top 16 seeded swimmers, better than Nova and San Diego’s 10.

Bailee Nunn of Drury is the only swimmer with 4 top seeds. Polina Lapshina of Queens has the next best seeded point total with 77. All seeded individual point totals are in the tables below.

The Queens men enter with an even more dominating lead than the Queens women. They have 557 seeded points, 260 more than next best Delta State (297).

The real race is for second a large number of teams could jump up the standings and take it from Delta State. Grand Valley (245.5), Wayne State (223), and McKendree (216) are the next seeds by psych points.

Queens lead the way with 31 individuals seeded in the top 16. Grand Valley and Delta State are next best with 15. Lurking in the battle for 2nd is Indy with 14.

No men’s swimmers hold 4 top seeds. Queen’s Marius Kusch has the most seeded individual points with 76. His teammate Alexander Kunert is next best with 69, followed by Giulio Brugnoni of Delta State with 56.

Kusch is basically pro is he not?

Well him and Kunert swam at the Des Moines PSS this past week. Just kinda shows where the priorities probably are…

BEST WISHES FOR FAST TIMES & GREAT SWIMS to all my DII Friends/Coaches/Swimmers!

is there a minimum team size for D2 Nationals qualification?

I’m not 100% sure that I understand your question, but no, a team of any size can compete at D2 Nationals, since athletes qualify as individuals and not as a team.