Pyle, Miley, Peaty Will Aim to Defend Titles in Day 1 of British Champs 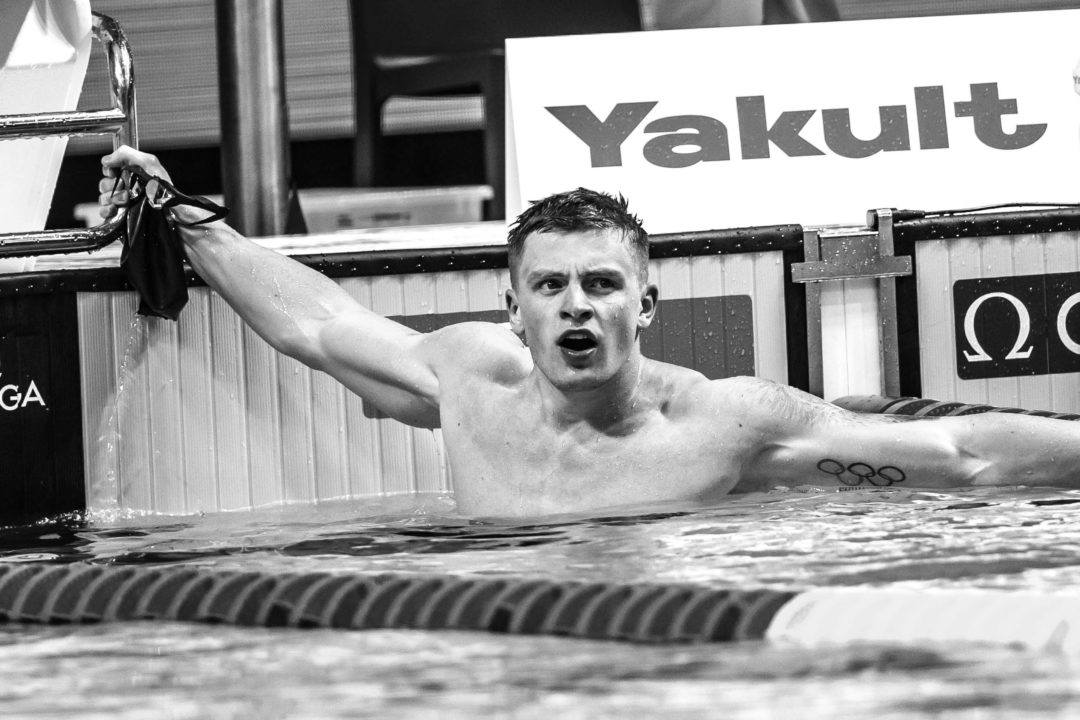 In the first finals session of the 2019 British Championships, Nicholas Pyle, Hannah Miley, and Adam Peaty will aim to defend their 2018 titles. Stock photo via Mike Lewis/Ola Vista Photography

The first finals session of the British championships starting in 2 hours, many titles will look to be defended or dethroned. Among the defenders is 19-year-old Nicholas Pyle, who will aim to defend his 50 back title from 2018.

Scratching from the Open final were 6th and 7th place prelims finishers Craig McNally and Brodie Williams. Their scratches made room for 2018 finalist Xavier Castelli and 2018 Junior finalist Harry Noble. The 29-year-old Castelli finished 9th in prelims, thus putting him out of the Open final and ineligible for the Transition final. However, McNally/Williams’ scratches have earned Castelli a second swim to better his 2018 placement. For Harry Noble, the second scratch bumped him from the Transition final to the Open final, earning him a shot to move up in the top 8.

Freya Anderson in the mix? Probably in front, with Holly Hibbott lone opponent, but only if Anderson won’t swim the times (sub-1.57) expected after her 2018 splits in the 800 free relay at EuroJunior Champs in Helsinki and EuroChamps in Glasgow.