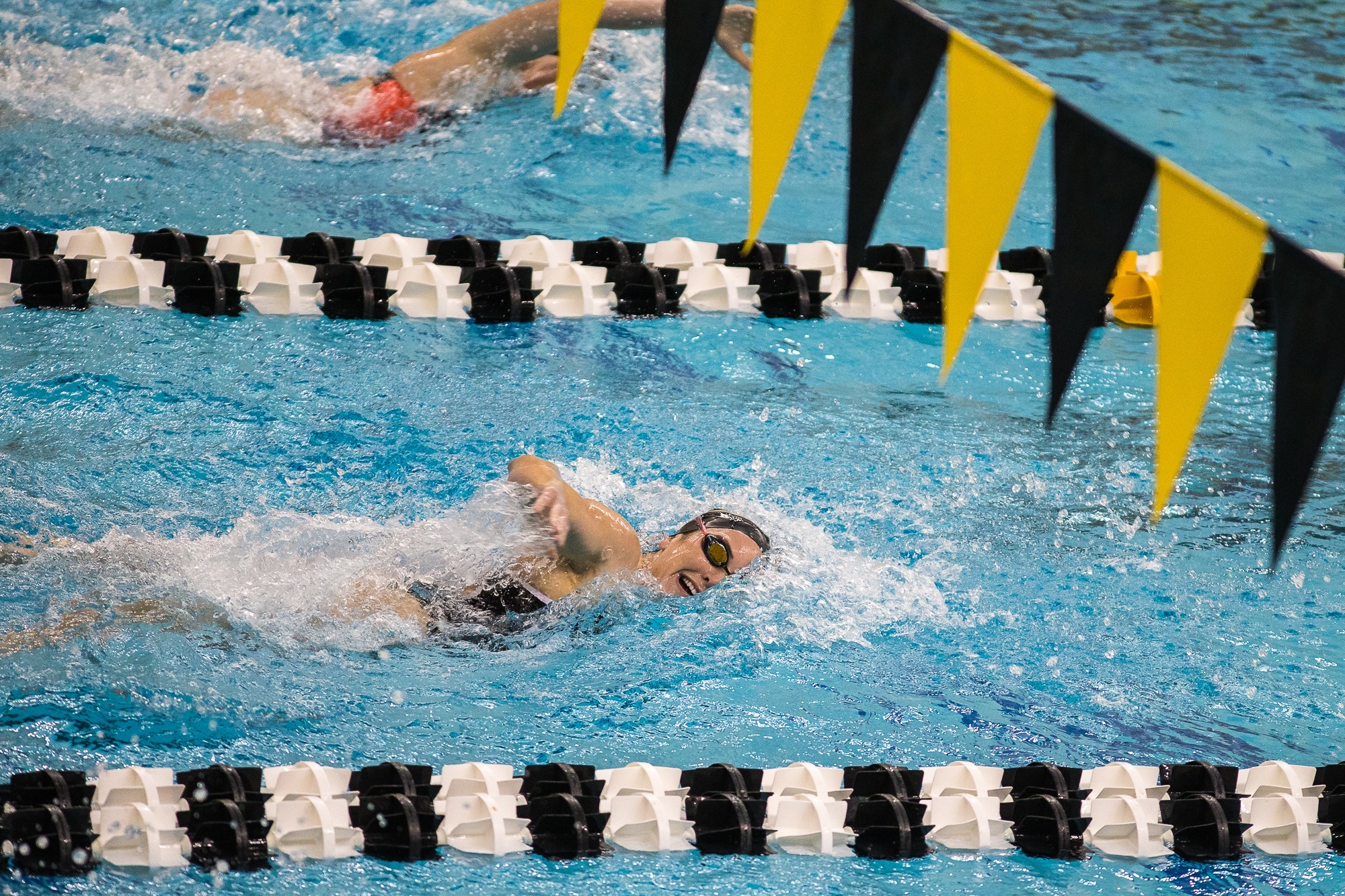 Heading into Saturday night finals, a couple of events at the Purdue Invite could see some tight races between the No. 1 and No. 2 seeds. Current photo via Purdue Athletics Communications

Heading into Saturday night finals, Louisville — the reigning ACC men’s champions and ACC third-place women’s team — have No. 1 seeds in four out of eight events, all with NCAA B-cuts.

In a couple races, though, the first and second seeds were so close we could easily see a reversal of the two in finals.

Louisville’s Gabi Albiero also had a close swim in the 200 butterfly, defeating teammate Alena Kraus by .07 to take the top spot with a time of 1:56.84. Though Albiero technically led the whole time, Kraus was never more than a couple of tenths behind her.

Among Louisville’s other top seeds is Arina Openysheva, whose 48.53 100 free defeated Missouri State’s Anna Miller and Northwestern’s Jasmine Nocentini. Openysheva, a graduate student, did not compete last season, but placed sixth in the 100 free at the 2019-20 ACC Championships. This was her fastest time of the season so far.

On the men’s side, Purdue senior Nikola Acin has the top seed going into finals with a 42.57. This is his fastest time this season by almost a second, though his best time is 41.81, a team record. At 2021 NCAAs, he made finals in the 100 free, the first time a Boilermaker had been a finalist in the swimming championship since 2017.

It’ll be a fast finals session — at least the top two seeds in each event swam a B-cut qualifying time in prelims. Here are some other notable performances: