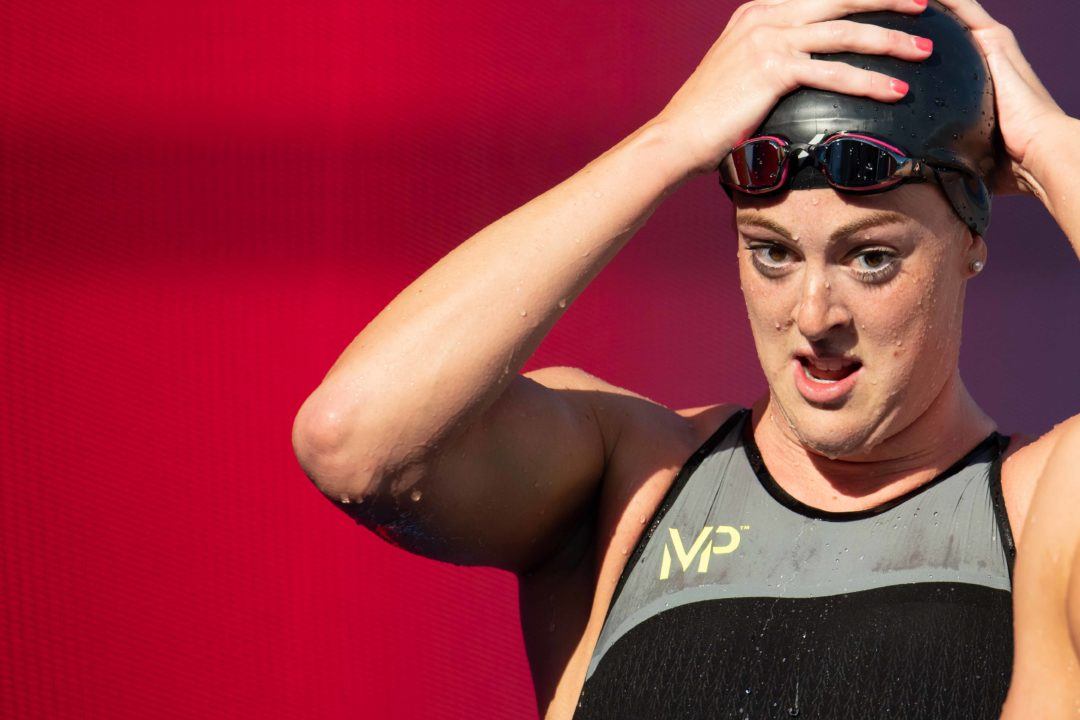 Schmitt qualified for both the 100 and 400 freestyle A finals but has scratched herself from the 400 in favour of the 100. Archive photo via Mike Lewis/Ola Vista Photography

As we approach day 2 finals at the Indianapolis stop of the 2021 Pro Swim Series, there are relatively few scratches to report. The sole swimmer to scratch their spot in an A final was Allison Schmitt who decided not to swim the 400 freestyle for which she qualified for 8th place with a prelim swim of 4:12.57. Schmitt’s scratch moves current US national teamer Kaersten Meitz into the A final, having swum a 4:13.28 for 9th place during the prelims.

Kaitlynn Sims was 17th in the prelims meaning that once Schmitt scratched she would have gotten a spot in the B final but Sims also scratched the event, moving 18th place Sophia Karras into 16th place.

While no one scratched from the A final, three swimmers opted not to race the women’s 100 freestyle B final in the form of Alex Walsh, Paige Madden, and Kelly Pash who qualified in 10th, 12th, and 13th place, respectively. All 3 of them have scratched the 100 free B final in favour of a second event. Walsh will race in the 100 breast B final, Madden will race in the 400 free A final, while Pash will swim in the 200 fly A final.

Rutter would have gone into the B final in lane 4, having swum a 1:02.25 during the prelims. In his place, 10th ranked Raunak Khosla advances to 9th while Aidan Kreiley gains a spot in the B final after his 1:02.89 17th place finish in the prelims.

Sierra Schmidt on the other hand was 11th during the heats of the 200 butterfly and has scratched from the B final. In her absence, Gabi Albiero will be granted the 16th spot in the final following her morning swim of 2:17.63 for 17th place.

Finals will begin tonight with the women’s 100 freestyle at 6 PM EST.