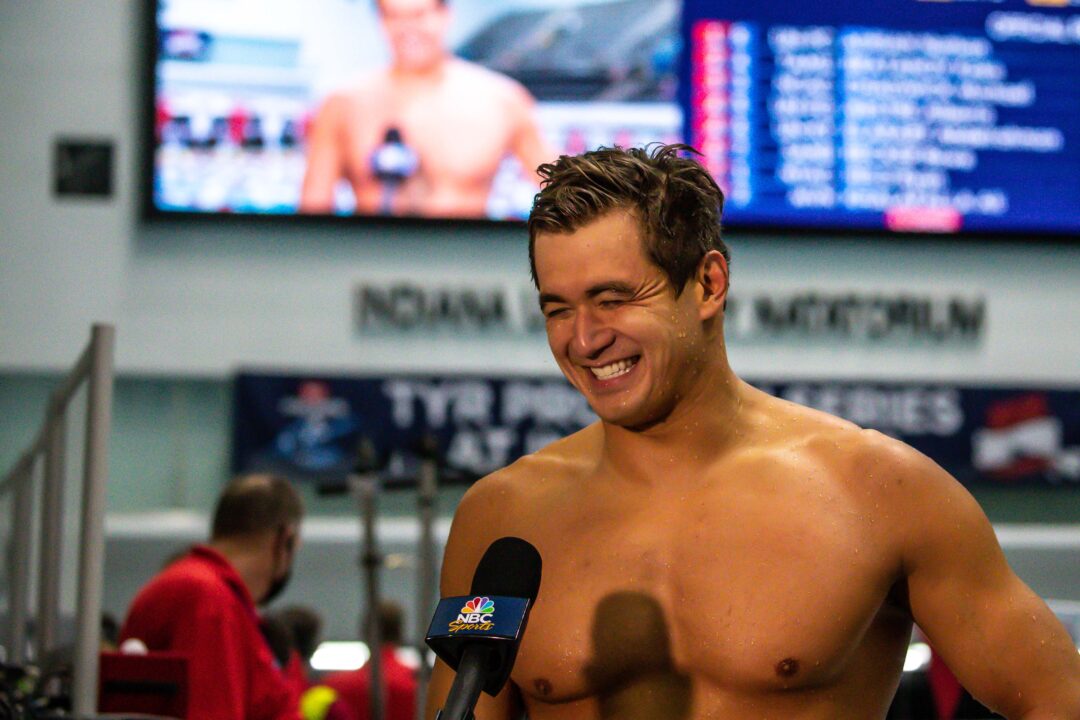 After a slow breakout, United States national team staple Nathan Adrian powered to the win, running down the field over the last 15 meters. Current photo via Jack Spitser/Spitser Photography

Finishing right behind Adrian was Texax A&M swimmer Koko Bratanov and Michael Chadwick. While Chadwick was slightly off of his best in the event, Bratanov was nearly a half-second faster.

What a great ambassador for our sport!

Shocking to nobody that he gets elected as a captain of the US team over and again. Just a great person.

We’re all so excited for this Olympic year process too!
…Bravo swimmers, coaches & swim families!
When you all return, let’s light up swim lessons again.
Relentless in getting the world water safe & swimming again!