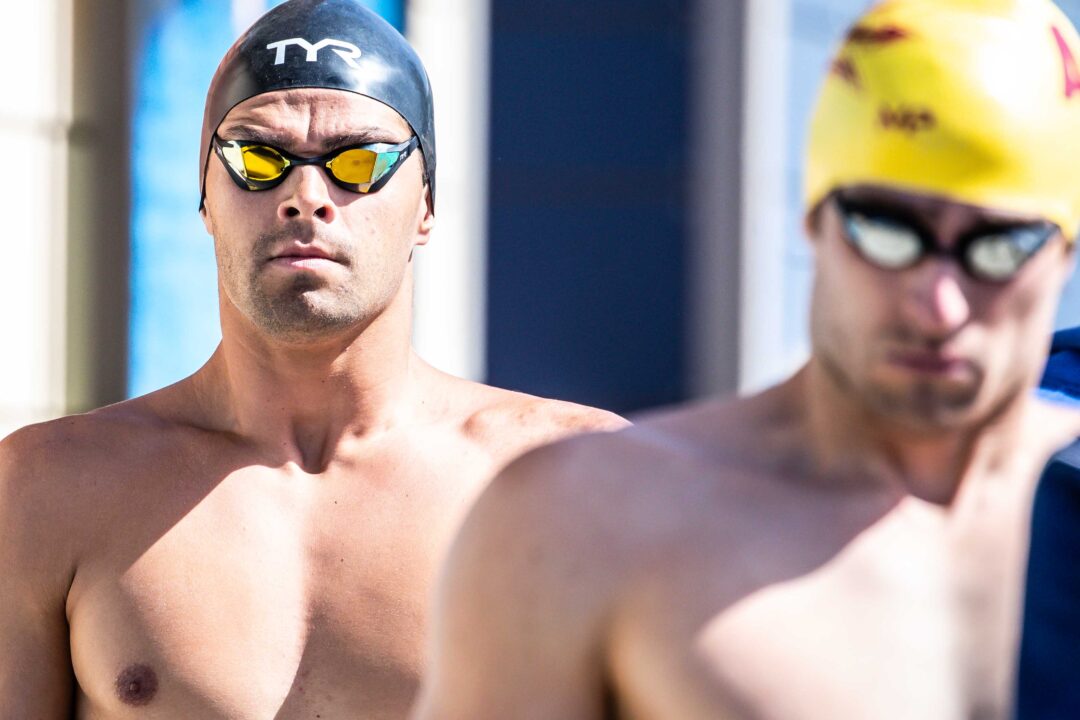 The final stop of the 2021 Pro Swim Series is set to kick off in Indianapolis on Wednesday, here’s all the links you’ll need for the meet. Archive photo via Jack Spitser/Spitser Photography

The final stop of the 2021 Pro Swim Series is set to kick off in Indianapolis on Wednesday, following the traditional prelims/finals format, with prelims in the morning and finals at night, differing from the last meet’s format.

This will be the final tune-up meet for many of the country’s top athletes before the 2021 Olympic Trials, which are set to begin with Wave I taking place from June 4-7, 2021.

Although there are several notable absences, including Caeleb Dressel and the entire Stanford women’s pro group, there are still a slew of top athletes expected to compete, including World Record holders Regan Smith and Lilly King, World Champion Michael Andrew, and Olympic gold medalist Ryan Held.

Live streaming for prelims on all 4 days and finals on Wednesday and Thursday will run on USASwimming.org, while finals on Friday will be broadcasted on the Olympic Channel and finals on Saturday will be shown on NBCSN.

A complete look into this week’s broadcast schedule:

GOT to say: there is a certain excitement in the air as we move closer to Wave I and Wave II/Olympic Trials. Pro Meets like this, of course, are an imperfect gauge to where the Top Dogs are in their training, but it can’t hurt to see these men and women at a point that is so ‘relatively’ close to Trials!