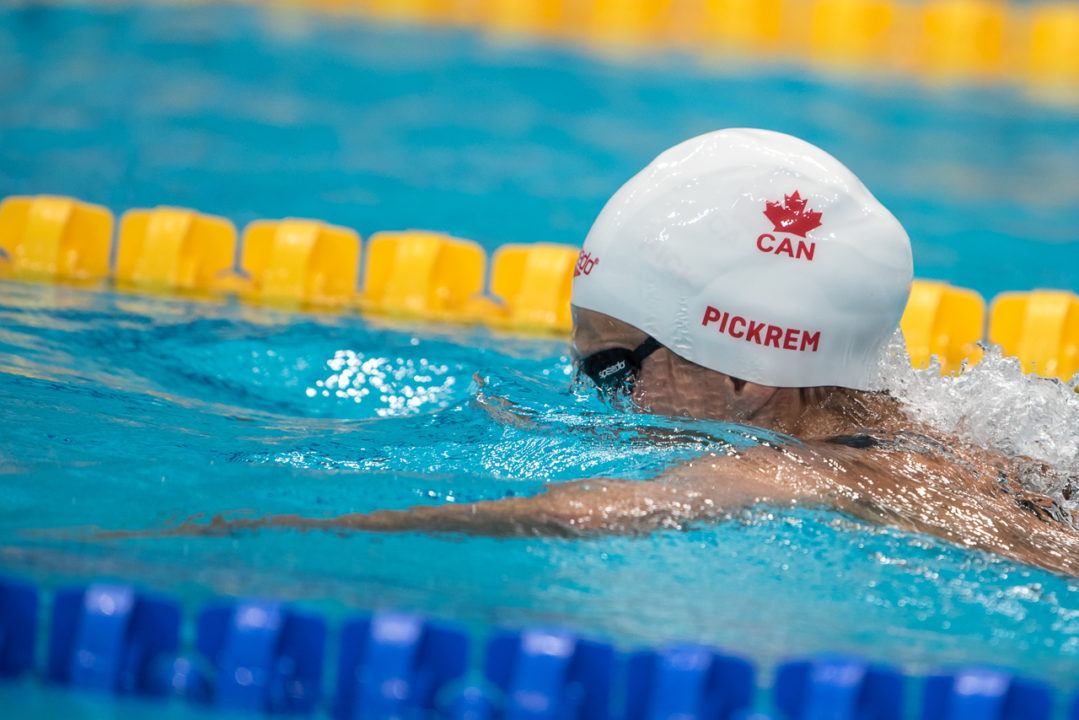 With much of the Canadian national team away at the Commonwealth Games, Canada is hosting its domestic national championship meet in Montreal this week, highlighted by a dominating 200 breast win on day 1 from Sydney Pickrem. Archive photo via Peter Sukenik/www.petersukenik.com

With much of the Canadian national team away at the Commonwealth Games, Canada is hosting its domestic national championship meet in Montreal this week, highlighted by a dominating 200 breast win on day 1 from Sydney Pickrem.

Pickrem, who just wrapped up her collegiate season in the United States with Texas A&M, went 2:24.41 to win the 200 breast by 3.7 seconds. That time ties her for 6th worldwide this season and second among Canadians:

The Island Swimming 20-year-old is a World Champs bronze medalist, but wasn’t among the 26 swimmers selected for the Commonwealth Games, which are underway in Australia this week.

Another dominating win came in the 50 free, where Sandrine Mainville was 25.10 to win by almost half a second over the field. Meanwhile at the other end of the distance spectrum, Mackenzie Padington went 8:42.92 to win the 800 free by just over four seconds.

In addition, Canada has a wide range of swimmers competing in para-events this week, along with a strong group of United States Paralympians. American Leanne Smith won the women’s 50 free from the S3 class, putting up what is listed as “New Americas Record?” in results. Though we can’t find an official listing of continental records, that time would be a new American record in S3 by an incredible 20 seconds. The old mark is listed as 1:10.55 from Beth Kolbe in 2008.