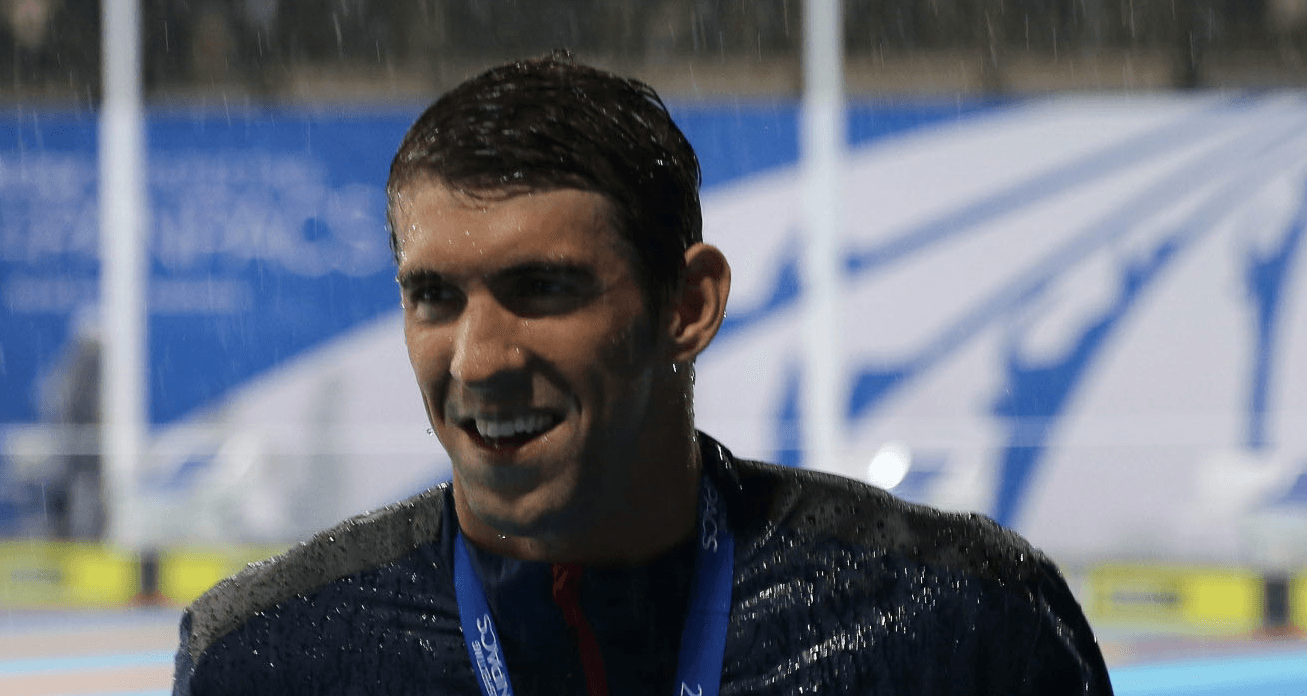 New York, November 24, 2014 – The greatest Olympian of all time, Michael Phelps, pulled off somewhat of a surprise win tonight at the Golden Goggles by winning the “Male Athlete of the Year” award.  As Phelps was not present at the event, NBAC’s Keenan Robinson accepted the honor on his behalf.

Michael Phelps’ returned to the sport after announcing his retirement following the 2012 Games in London, but in his short time back in competition, Phelps has surged to the top echelons of the sport as if he had not left.  At the 2014 Phillips 66 National Championships, Phelps clocked a world-leading 51.17 in the 100m butterfly, as well as came in second national place in the 200m IM.  Those event wins punched his ticket to Pan Pacs for a fourth time.

The good news to Phelps Phans everywhere is that “Phelps is back in the water in Baltimore”, according to Robinson when he accepted the award tonight.

That’s what they said in the article “…came in second national place in the 200IM….”

The article has since been updated.

I guess if Putin can win an award from FINA then……

That Putin won an award from swimming’s governing body speaks volumes about FINA’s character. Must’ve been for all the swimming pools Russia has installed in the Crimea and in the (former) eastern Ukraine since last spring.