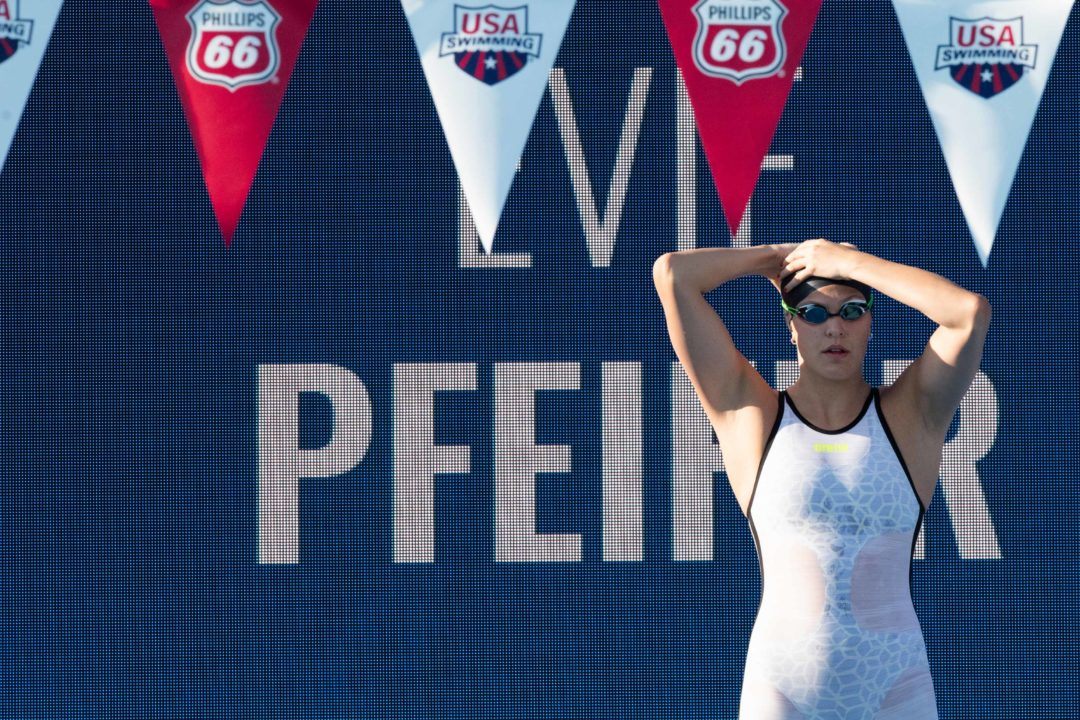 Though their dual meet with Stanford was cancelled Friday due to air quality, the Texas women were able to compete against Cal in Berkeley on Saturday. They came away with a road win against the Bears, winning by nearly 30 points. Distance standouts Joanna Evans and Evie Pfeifer each won a double for the Horns.

BERKELEY, Calif – The No. 1 University of Texas Women’s Swimming and Diving team knocked off No. 5 California on the road, 163-137, at the Legends Aquatic Center on Saturday afternoon.

BERKELEY – Katie McLaughlin and Abbey Weitzeil continued with their stellar seasons by winning two events apiece and Cal set a season best in every swimming race in its dual meet against Texas Saturday. However, the Longhorns prevailed in the final score by a 163-137 margin at Legends Aquatic Center.

Weitzeil tied her own Cal dual-meet record with a victory in the 50-yard freestyle with a time of 22.04 and she came back a few moments later to claim the 100 free in 48.70. In addition, she anchored both the 200 medley relay and the 200 free relay to wins, including a 21.52 split to close out the medley relay.

McLaughlin, meanwhile, came from behind in the final couple of strokes to touch first by 0.04 seconds in the 200 butterfly in 1:55.42, and she took the 100 fly in 53.10 with a strong finish after being tied with Texas’ Remedy Rule at the midway point.

Freshman Ema Rajic also earned a victory in the 200 breaststroke in 2:14.13, which was just 0.01 off her lifetime best in the event.

“Texas is a good team. They’re deep and it really challenged us,” head coach Teri McKeever said. “I thought for the most part we stepped up to the challenge. Yes, there are some areas that we want to keep improving. Some of our leaders – in particular Abbey and Katie – are coming through, but then newer people like Alysia (Wilson), Ema, Robin (Neumann) and Sarah (Darcel) are doing a good job. It was really nice to win both relays, as well. That was something that we really wanted to check on.”

The Bears are off until they travel to the Georgia Fall Invitational Nov. 29-Dec. 1.