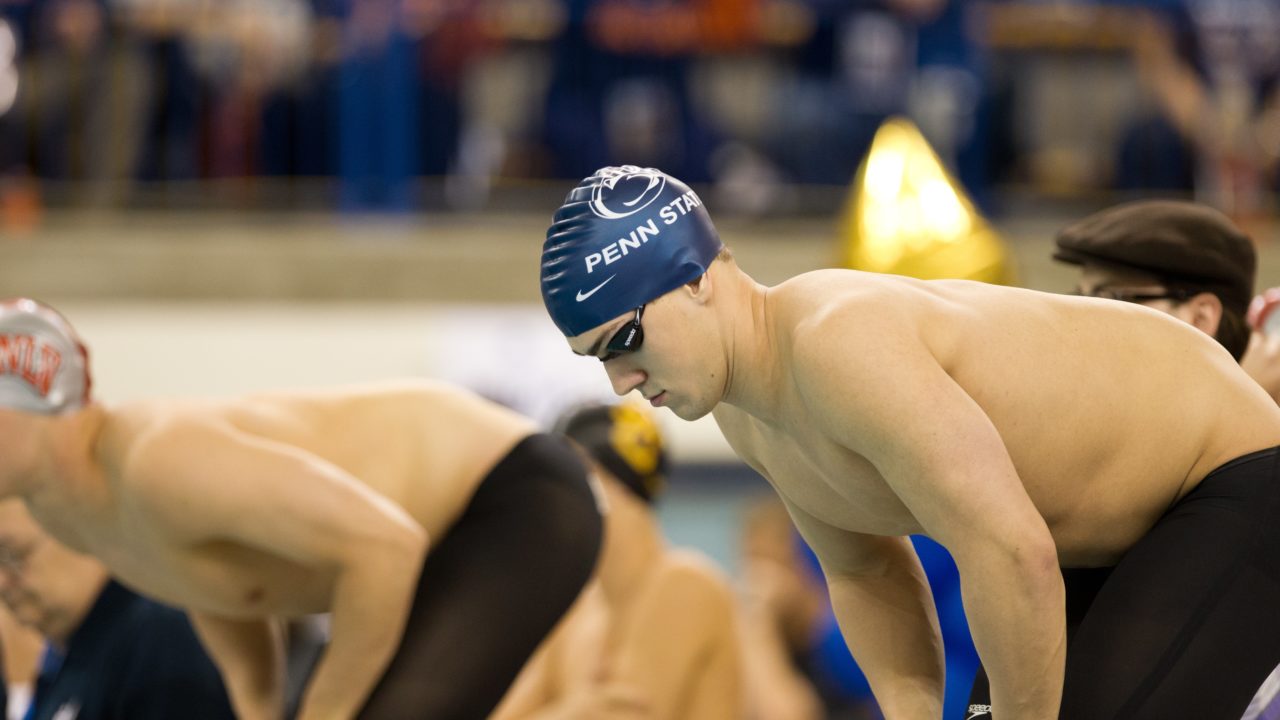 The Penn State men's team added a pair of distance swimmers and a breaststroker to their roster this week.

This week Matt Stasiunas, Shota Nakano, and Bobby Hilzen all announced they would be joining Penn State’s incoming class next year.
Matt Stasiunas comes out of Delaware Swim Team, where he swam for renowned distance coach Bruce Gemmell, who has taken over as Katie Ledecky’s coach in Maryland. Stasiunas is strongest in the longer freestyles, with bests of 4:34.3 and 16:03.3. His 46.6 and 1:42.4 in the 100 and 200 could also make him a strong contender for relays after some college training. Penn State certainly has distance talent, led  by school record holder in the 1000 and the mile, sophomore Nick Ankosko. Luckily Stasiunas already has experience training with the big dogs having trained with Andrew Gemmell last summer.  He also has personal ties to the team as current team captain James Wilson is a former teammate of his.
Joining him will be another strong distance swimmer from the class of 2013, New Jersey native Bobby Hilzen. The Scarlet Aquatics freestyler will add immediate value to the team in the distance freestyle events. His 4:32.5 and 15:51 in the 500 and mile will make him and Stasiunas great training partners for each other, their times being almost identical. While Hilzen comes in with the edge in the longer events, Stasiunas is slightly stronger in the shorter freestyles. Regardless, these two will be a pair to watch in the coming years.
Shota Nakano of Japan, who currently swims locally at Hershey Aquatic Club, is a 100 and 200 breaststroker. He’ll follow in the footsteps of another Hershey breaststroker, Kyle Ruddle, who is a freshman there this year. Nakano’s times of 57.0/2:03.6 will put him in the mix with a very strong group of breaststrokers on the team.