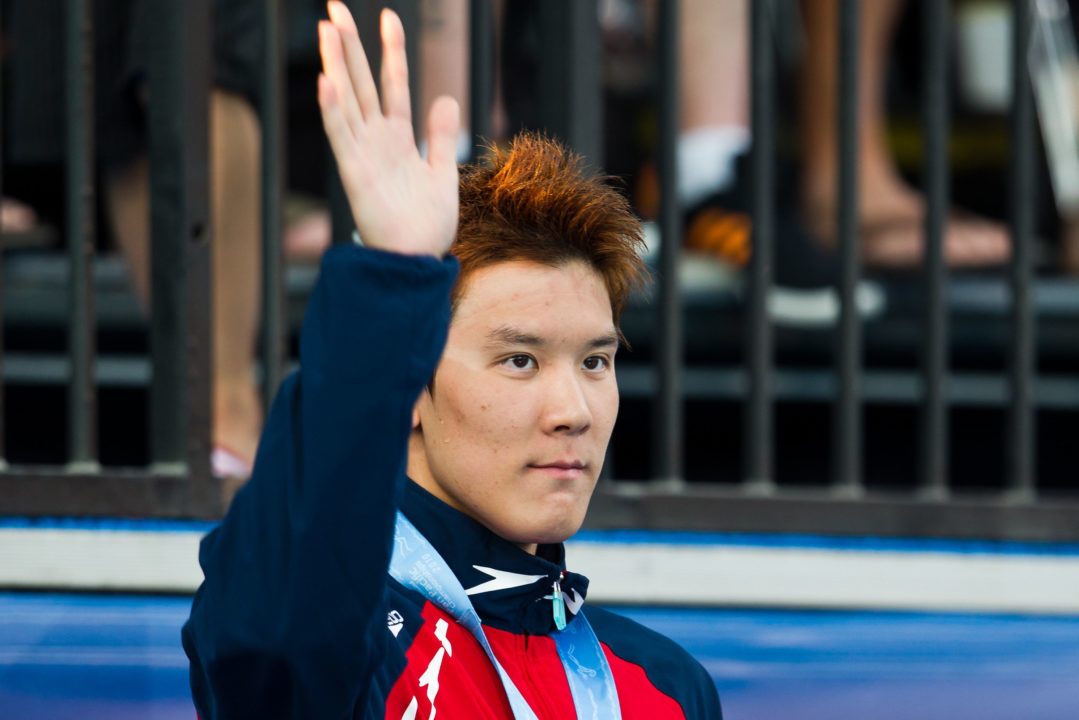 At the 2009 World Championships Tae-hwan Park not only saw himself out of the medals, but he did not even...

At the 2009 World Championships Tae-hwan Park not only saw himself out of the medals, but he did not even make a final, finishing 9th in the 1500 freestyle, 12th in the 400 freestyle and 13th in the 200 freestyle. After such poor results in Park realized he needed a change and that change was to begin training with Australian Coach Michael Bohl.

At the time Bohl, Head Coach of St. Peters Western, had just come off a very successful Olympics in Beijing where Stephanie Rice won Olympic Gold in the 200 and 400 IM under his guidance. Park looked to Bohl to revitalize his career.

Park did regain his form in 2011 winning the 400 freestyle at the World Championships, following that up by winning silver in both the 200 and 400 freestyle events in London.

Since the Olympics Park has taken some time away from the pool, but now it is time to get back to work.

It was reported in The Chosunilbo that Park considered retiring, but later stated the he could not imagine being happy away from the world of competitive swimming.

The Chosunilbo also reported that Park resumed his training in Seoul about a month ago and on Monday he boarded a flight to Brisbane where he will once again join forces with Bohl for a span of six week before returning to Korea. Bohl has stated that he wants to see where Park is within his training and the results of further preparation before they decide on his competition schedule.

Park whose sponsorship contracts have ended will now be personally responsible for his team’s expenses.