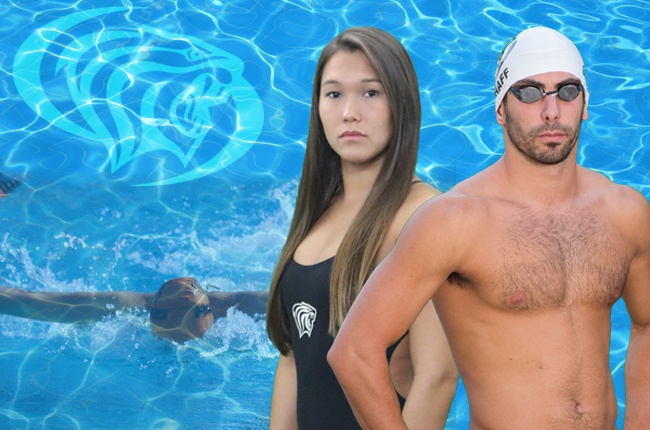 STOCKTON, Calif. – The Pacific men’s and women’s swimming and diving teams will open the 2017-18 season this weekend as the men’s team will host California on Friday before joining the women’s team at Cal State Bakersfield on Saturday. Friday’s dual meet will begin at 12:00 pm.

“Cal has been ranked among the top two teams in the country for the last few years. Our focus is on NCAA’s and we will have to swim against the best in order to prepare ourselves for that,” said head coach Peter Richardson.

The women’s team returns a majority of last season’s squad as they only welcome six newcomers. Heading this year’s recruiting class is Kathleen Gani, she will be joined by Alexis Albanese, Kendall Bromley, Skylar Elkington, Savannah Fitzgerald and Elina Rosario.

Richardson will look to Kenna Ramey, Taylor Hosmer, Lauren Atkins and Brigid McNally to lead this year’s women’s team. Ramey matched her third-ranked all-time finish in the 50 Free with a time of 22.91, while also holding spots among the top-10 all-time in the 100 Free (50.77) and the 100 Fly (52.57). Ramey was also a member of the record-tying 1:31.73 finish in the 200 Free Relay team, which included fellow returners, Becca Aguilar and Cai Hong Singh.

The men’s team has added 15 newcomers to this year’s team to replace nine seniors who have exhausted their eligibility. Mason Miller, a transfer out of University at Buffalo will be one to watch this season as his current times in the 100 Fly, 100 Free, and 50 Free rank among the best -ever at Pacific.

“This year’s men’s team is the fastest and deepest the program has ever had,” added Richardson.

Recently hired to head the Pacific diving program is Hannah Prigge. Prigge was a two-time NCAA diving qualifier and set a number of program records while competing for the Fresno State Bulldogs.

Divers for this season will include Albanese, Isabelle Huynh, Irene Kuang, Lillian Sam, Devin Wofford and Lucas Hastie. Hastie will be serving double duty this season as he is also a member of the Pacific Men’s Water Polo team.

The Tigers will start their home season at the end of this month with the annual Pacific Invitational, which is set for Friday, October 27th at 7:00 p.m.