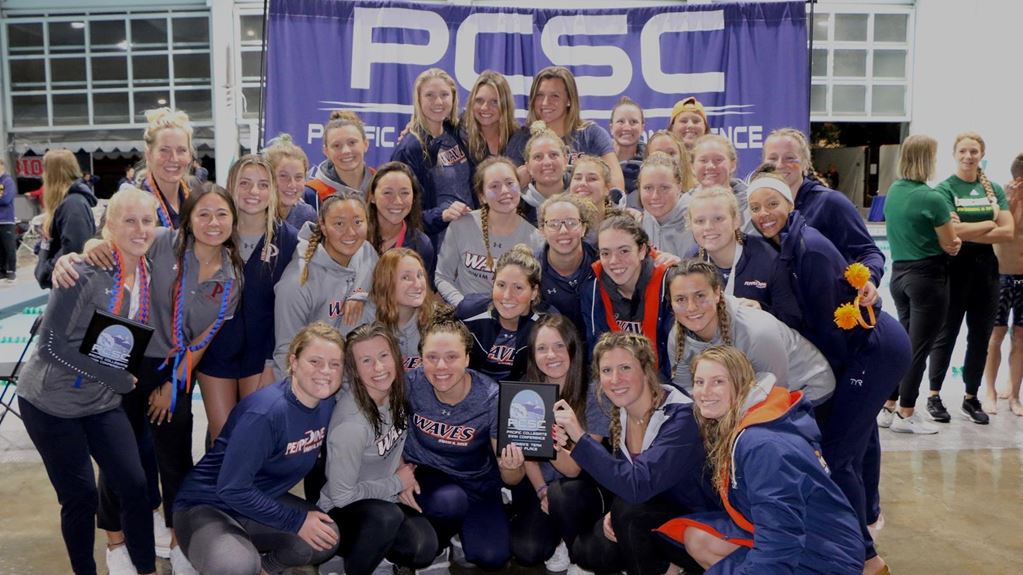 According to Pepperdine's schedule released Monday, the PCSC Championships will slide back to April 14-17, two months later than usual. Archive photo via Pepperdine Athletics

The 2021 Pacific Collegiate Swim & Dive Conference Championships have been moved back to April, according to the release of the Pepperdine women’s meet schedule on Monday.

The Championships normally fall in February, during NCAA “conference season,” but due to circumstances most likely relating to COVID-19, the meet is now tentatively booked for April 14-17. However, it’s important to note that Pepperdine’s schedule says that the location of the meet has not been announced and the schedule is “subject to change.”

The PCSC has yet to announce the change.

Back in October, SwimSwam reported how the Mid-American Conference (MAC) would move back its championship meet to April.

The Waves’ 2021 schedule also includes four home meets, with a back-to-back Jan. 15-16 to kick things off, and two on the road at San Diego State and Loyola Marymount.

This will be the team’s first season under Ellie Monobe, who was announced as the program’s new head coach in August.