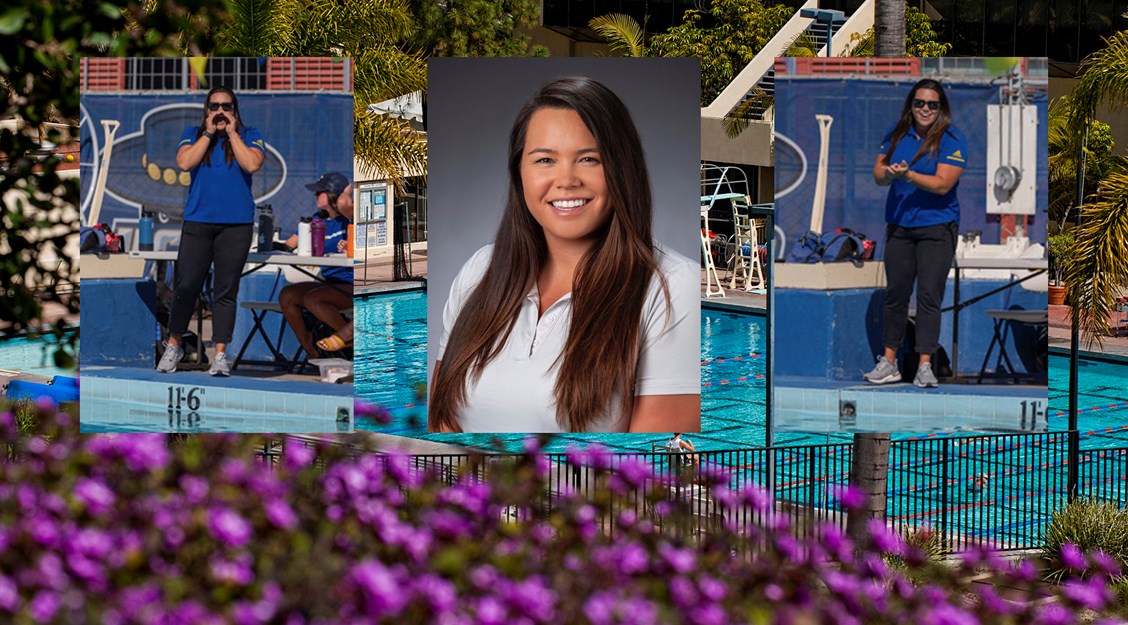 Ellie Monobe spent the last 4 seasons as an assistant with UCSB, including last season as the program's associate head coach. Current photo via Pepperdine Athletics

NCAA Division I Pepperdine University has named Ellie Monobe as the program’s new head women’s swimming & diving coach. She comes to the program after 4 seasons as an assistant coach at nearby UCSB, including a promotion last December to associate head coach.

Monobe replaces Jana Vincent, who spent the end of last season as interim head coach after Joe Spahn was pushed out mid-season. Vincent led the Waves to a 2nd-place finish at the PCSC Championships, just 43 points behind Cal State East Bay. That matched the best conference finish in school history. For that effort, Vincent was named the conference’s Coach of the Year, even as an interim head coach.

“I want to thank Jana for all of her hard work and dedication as our interim head coach,” Director of Athletics Steve Potts said. “She did a wonderful job caring for our student-athletes and helping them achieve many significant accomplishments in the pool this spring. The great work that she put in will help the swim and dive program move forward successfully under Ellie.”

At UCSB, Monobe was primarily responsible for the mid-distance, distance, stroke, and IM training groups. She also served as the program’s recruiting coordinator.

During her time with the program, the Gauchos won men’s conference titles in 2017 and 2018, while the women’s team were MPSF runners-up on 3 occasions. The program set 26 school records during her tenure, and sent two student-athletes to the 2018 NCAA Championships.

She spent the 2013-14 school year as head coach of the Sun Valley Swim Team in Lafayette, Calif., while also serving as a graduate assistant in compliance in San Jose State, where she earned her master’s degree in kinesiology. While at SJSU, she was also the team manager for the Spartan women’s swimming and diving team.

A native of Northern California, Monobe got her start in coaching at her alma mater, Cal, where she was an undergraduate assistant/volunteer assistant coach in 2011-12 while completing her degree in American studies.

She was a 4-year member of a Cal women’s team that won NCAA titles in 2009 and 2011, including serving as a captain as a senior.

I couldn’t be more excited for Ellie! Pepperdine is gaining a phenomenal coach and a wonderful person who will guide their women in and out of the water. I (along with the staff and the team) learned a whole lot from Ellie and am thankful for our time together and all she has done for our program.

Ellie is a gem. Congrats to Pepperdine for recognizing her talents. She turned my son into a competitive lifelong swimmer. Great person, great attitude. Go Coach Ellie!