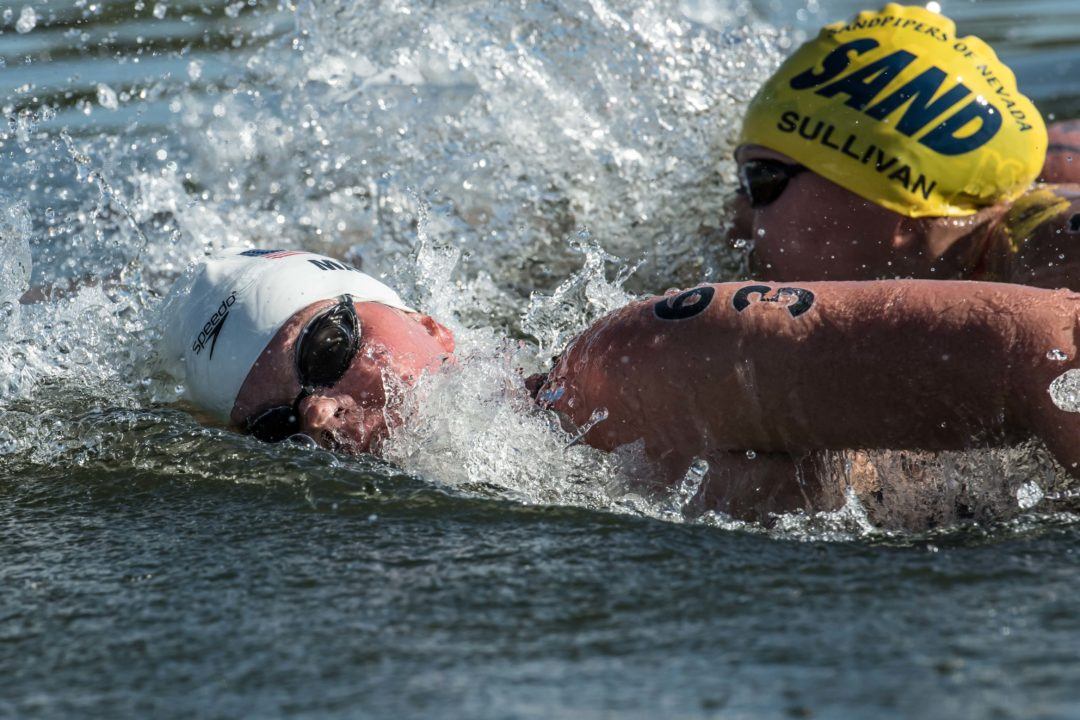 Mann, who was in USC’s well-regarded screenwriting program, said she’s taking the year off from school to focus on the open water Olympic qualification process, which takes place in the summer of 2019. (Typically, the top finishers in the Open Water Worlds 10K the year before the Olympics qualify automatically a year early, with a secondary chance taking place for some nations in the Olympic year itself).

“I want to give 100% of my time and attention to whatever I do, and taking some time off school will allow me to do just that with swimming so I can get ready for open water Olympic Trials this year,” Mann said. She said she’s been prioritizing screenwriting while she’s been in USC’s program and has been pleased with the results, but said that focus has had an impact on her swimming. Mann will continue to write over the next year and plans to return to cinema school down the road.

Recently, in fact, a screenplay Mann wrote was listed among the semifinalists of the Los Angeles International Screenplay Awards. It’s titled Incidental Contact and has a distinctly swimming-centric focus. The logline, per Mann: After killing a competitor during a cutthroat open water race, a swimmer has to decide how far she’s willing to go for the gold.

Finalists will be named this weekend. You can check out the semifinalists here. Mann says she’s also waiting to hear back from a few more contests to which she’s submitted scripts.

Do we know if she’s going to continue to train at USC? It looks like she’s been at ASU this summer.

Not sure what open water training is available in Tempe. Obviously no ocean training, but maybe some training in rivers or lakes? Having dabbled in open water as a masters swimmer, I can’t imagine training exclusively in a pool for open water. It’s a completely different animal.

You can walk a couple of blocks from ASU’s pool and swim in the same place that Open Water Nationals where this year.

Thanks for the info!

Open Water for the World’s training is mainly racing. Even though it is different training in a pond than in a lane, the main thing for gaining experience and become better in races is to participate in 10K races. To make the right choices and sustain what it is like swimming in a top level pack of 40-50 swimmers. If this means Becca will swim more of the OW-world cups it gives her lots.

Ok–based on her screen play plot, I predict she wins an open water Olympic spot.

Hope she can get back to form! Rooting for Becca!