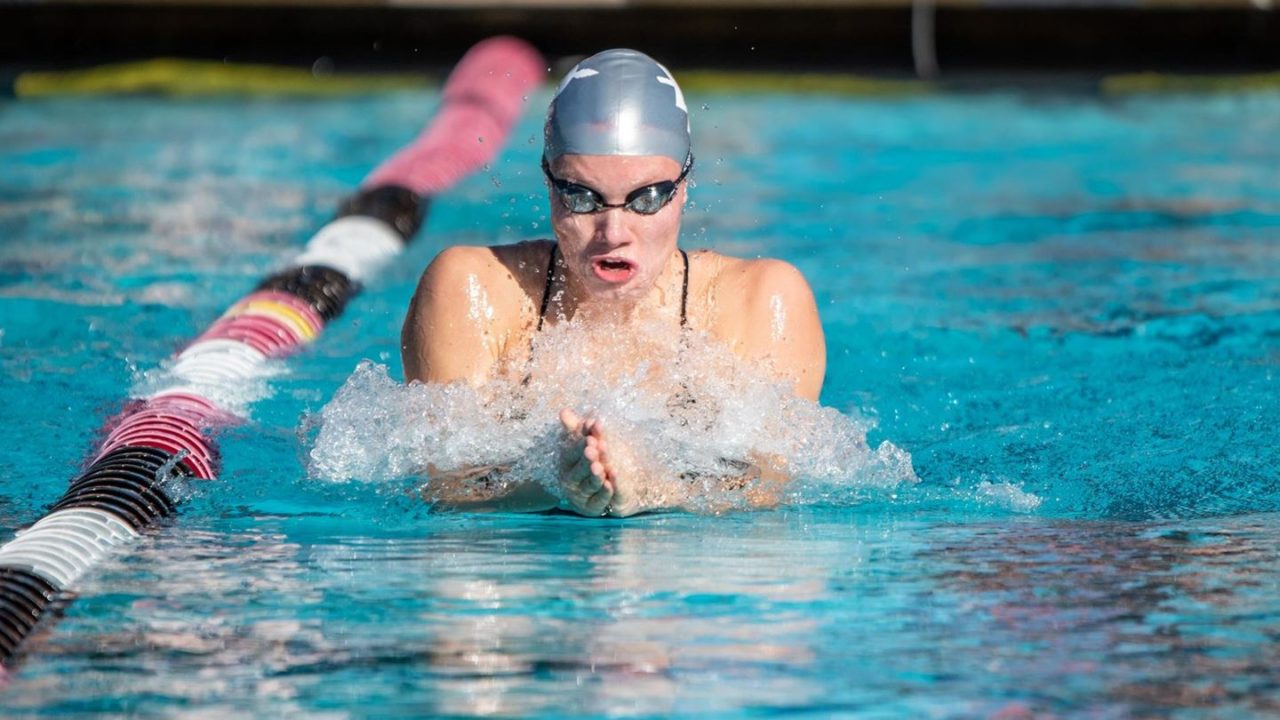 In a year where the pandemic has wreaked havoc, only two swimmers and zero relays from outside the Power-5 are seeded to score at women's NCAAs. Archive photo via Colleen Humel/San Diego State Athletics

In a year where the coronavirus pandemic has wreaked havoc on mid-major athletic schedules, only two swimmers and zero relays from outside the Power-5 are seeded to score at women’s NCAAs.

The mid-major ranks have seen significant changes this year, with conferences like the Ivy League suspending all winter sports. Other conferences pushed their conference championship meets to later in the spring – that includes the CAA, the MAC, the Horizon League and the Summit League, among others. That made NCAA selection difficult for athletes in those conferences.

Here’s a look at some of the top mid-major swimmers (defined as swimmers from conferences outside of the Power-5 group of the ACC, Big Ten, Big 12, Pac-12 and SEC) to watch at this week’s national championship meet.

Sydney Harrington, Navy (9): Harrington comes in as the 9th seed in the 200 fly (1:53.74). She was the 19-seed heading into last year, which would have been her first NCAA appearance. Harrington is a junior.

Other Scoring Candidates (with seeds)

There won’t be any mid-major relay scoring. That’s because no mid-major schools qualified a relay for women’s NCAAs this season.

I see you NAVY…. rooting for you!
GO NAVY, beat army

Keep your eye on Susan! One of the hardest workers in the pool

All of the Horizon league should be rooting for her!