On A Roll, Noe Ponti Puts Up Another Swiss National Record In 100 Fly 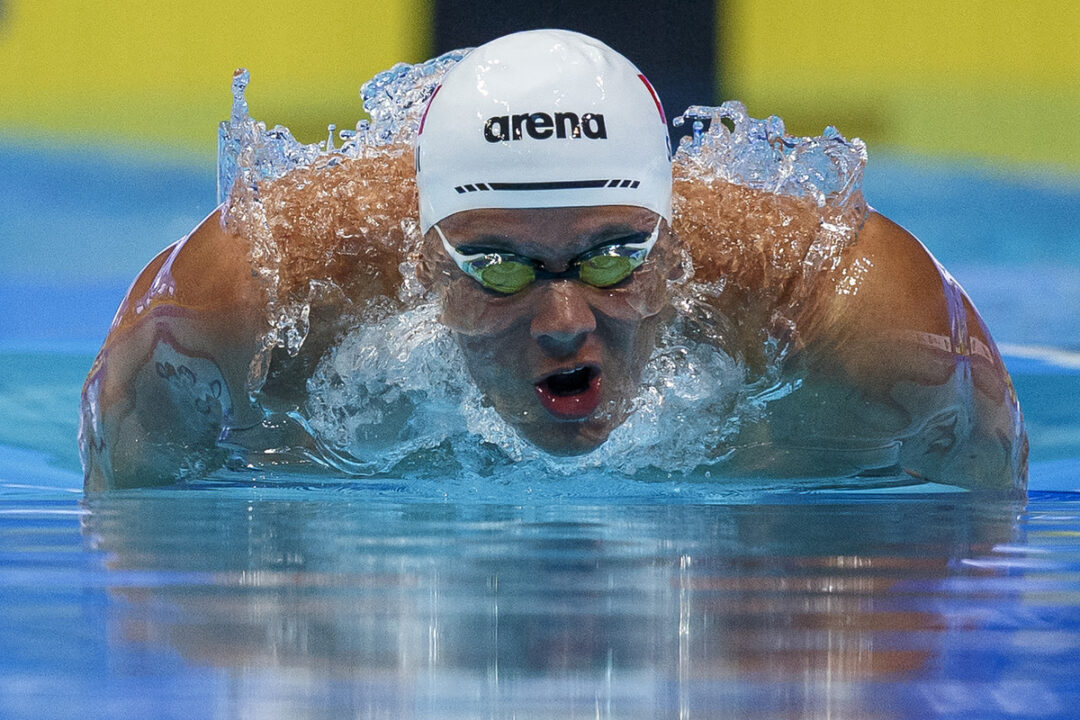 Swiss ace Noe Ponti is on a roll here in Abu Dhabi, setting himself up for a potential second medal at these FINA Short Course World Championships. Archive photo via Patrick B. Kraemer / MAGICPBK

Swiss Olympic bronze medalist Noe Ponti is on a roll here in Abu Dhabi, setting himself up for a potential second medal at these FINA Short Course World Championships.

This morning Ponti contested the men’s 100m butterfly, the event in which he placed 3rd in Tokyo this summer. He wasted no time establishing himself as the man to beat heading into tonight’s semi-final, posting a new lifetime best of 49.49 as the top-seeded swimmer.

His time not only holds a .11 advantage over Andrei Minakov of Russia but Ponti’s result this AM also shaved nearly half a second off of his previous career-quickest and Swiss national record.

Entering this meet, Ponti held the Swiss standard at the 49.98 he logged just a few weeks ago at the Swiss Short Course Championships. Splits for that former outing included 23.23/26.75.

Taking on the international field here, however, Ponti managed to open in 22.86 and close in 26.63 to put the field on notice with two more rounds ahead.

As a reminder, Ponti was originally slated to compete for NC State in the NCAA this season but wound up returning to Switzerland after just a few weeks.