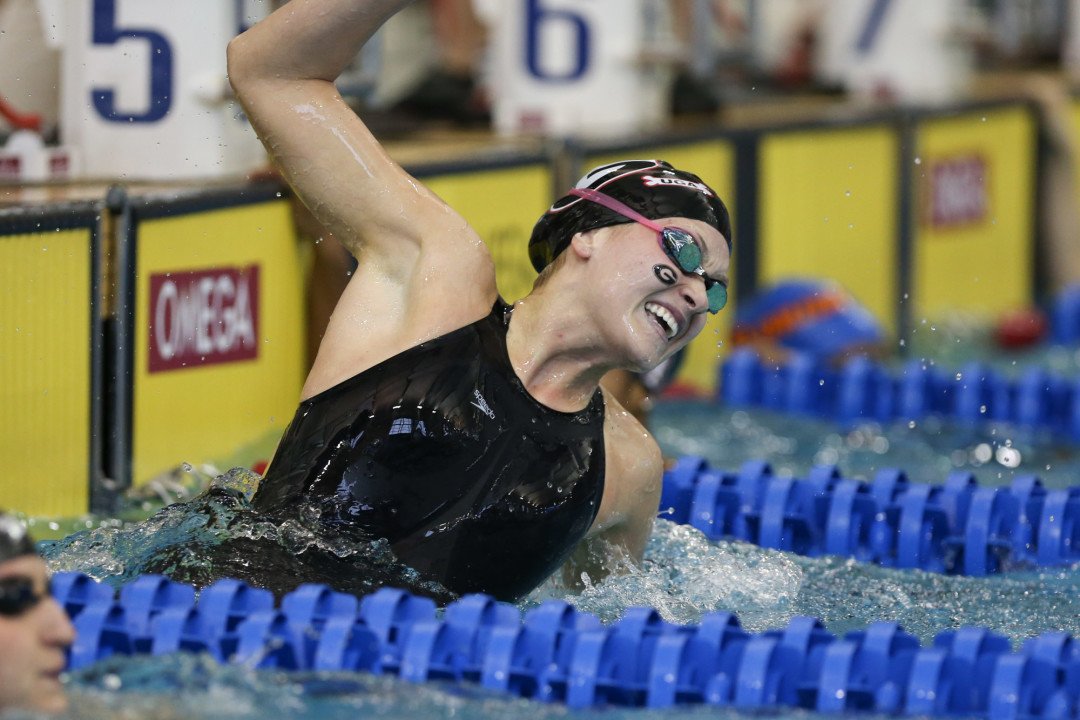 Olivia Smoliga is the new 100 back Olympian! Current photo via Tim Binning/TheSwimPictures.com

After an emotional (both good and bad) finals on night three, the 2012 U.S Olympic roster as we know is, for the most part, gone.

Thus far, there are no defending Olympic Trial champions on the roster from 2012. The only “returner” is Katie Ledecky, who has only made it in the 400 free so far for Rio. She did not swim the 400 free at the Olympics in London, though.

Elisabeth Beisel is also returning, but she is “unofficial” with being second in the 400 IM and did not defend her championship title.

Also, Connor Jaeger was a silver medalist in the 1500, so he’s not a defending champion but he has a chance of being the new 2016 Olympic Trial champion Sunday night.

We have Michael Phelps to look forward to as a possible defending champion in the 200 fly tomorrow night. Until then, we have a new roster in every single event, and new “official” Olympians.

Ryan Lochte will be going to Rio, but so far only on the 400 free relay. Jack Conger will be a new competitor at Rio, but he too is on the relay only so far.

*Have been to the Olympics, but not a defending champion in that event.

Other new names that have been “unofficial” (placed 2nd) include:

Tomorrow night we will find out if Caitlin Leverenz (200 IM), Allison Schmitt (200 Free) and Phelps (200 fly) will be defending champions returning to the Olympics.

This is great news, no?
We’ve always talked for the longest time about how post-lochte-phelps-grevers-coughlin would look like.
So this is it. Phelps is not going away though. LOL.

What’s clear so far is that Georgia and Texas are having great meets.

What do you mean by Jaeger being a silver medalist? He did not medal in London.

Lochte and Confer on the 800FRR