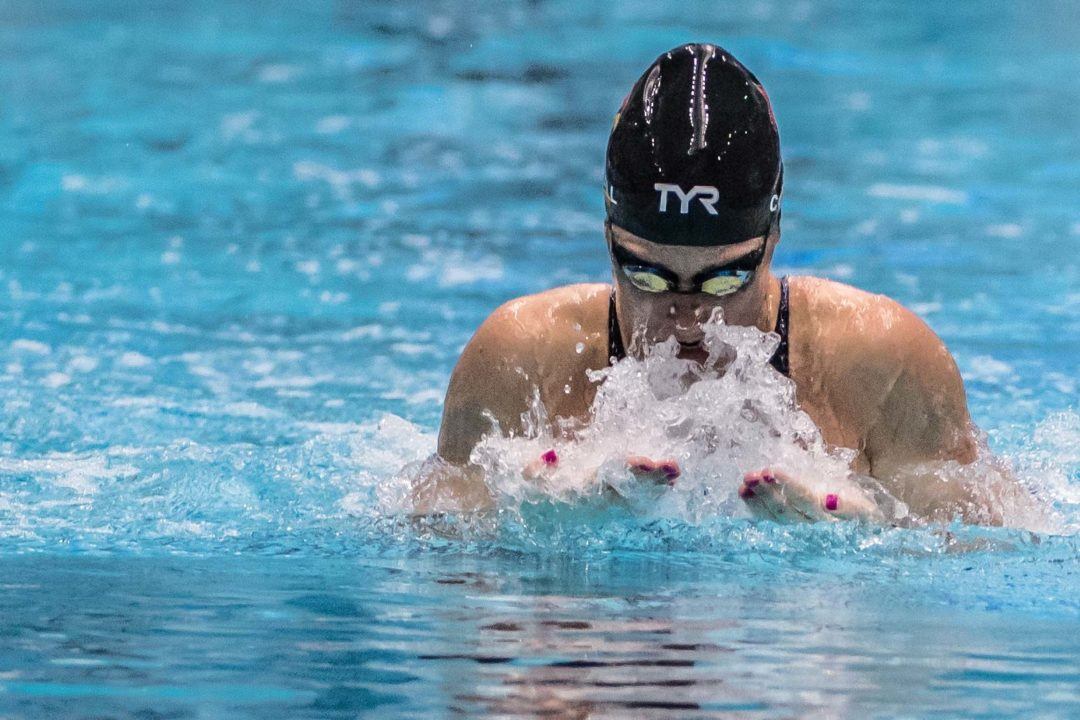 The highest profile swimmer is Louisville alum and Ohio native Andrea Cottrell-- she's the top seed in the 100 and 200 breast by a landslide, and she's getting some racing in before heading to World University Games in Taipei. Archive photo via Mike Lewis/Ola Vista Photography

Psych sheets for the 2017 Columbus Sectionals are out, as racing begins tonight with the distance events.

Between high school and age groupers, Ohio State swimmers, and some Ohio natives, there is plenty of Ohio talent racing this weekend in Columbus. The highest profile swimmer is Louisville alum and Ohio native Andrea Cottrell— she’s the top seed in the 100 and 200 breast by a landslide, and she’s getting some racing in before heading to World University Games in Taipei.

Several Ohio high school stars will be competing this weekend. Arizona State commits Grant House and Cody Bybee will be present, with House being the 200 free top seed and Bybee the 100 free top seed. Another swimmer heading out west for the men is Parker Neri, the 100 free 2nd seed. Neri is a University of Texas commit. For the women, Stanford commit Ashley Volpenhein is among the big names– she’s the top seed in the 50 and 100 free.

Vote Up2-1Vote Down Reply
Not Stanford