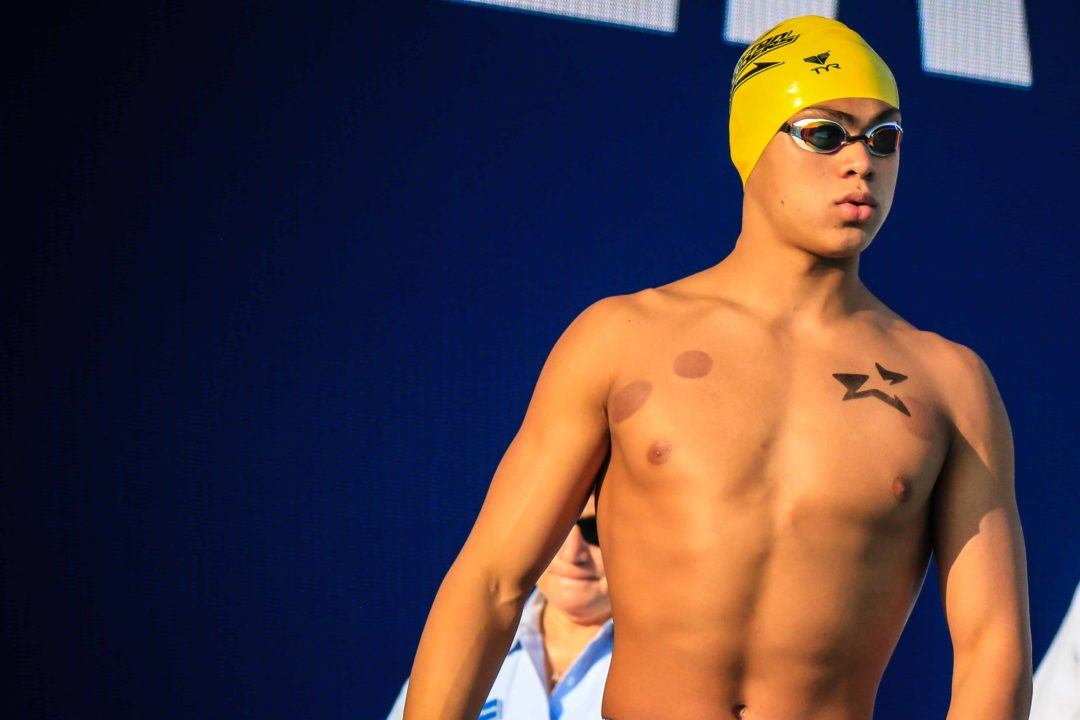 Khouzam took down the State Record in the 100 fly, breaking the former mark set by Austin Staab, who went on the set the American Record, back in 2007. Stock photo via Jack Spitser/Spitser Photography

The St. Xavier boys defended their title at the 2020 Ohio Division 1 State Championships with a 12th-straight win. They took down the State Record in the 200 medley relay to kick off their meet, setting the mark in 1:27.97. Nate Buse got the ball rolling with a 22.66 back split, handing off to breaststroker Scott Sobolewski for a 24.57 on the 2nd leg. Jean-Pierre Khouzam raced to a 20.75 on the fly, while Owen Taylor anchored in 19.99.

In his only individual race, Khouzam, an Ohio State commit, took down the State Record in the 100 fly. He set his lifetime best 47.01 in the final, breaking the former record set by Westerville Central’s Austin Staab back in 2007, Staab went on to set the American Record in the event as he was an NCAA Champion for Stanford.

Walnut Hills’ Aaron Sequeira took silver behind Chaney in the 50 free, hundredths shy of his best in 19.99. He went on to win the 100 back title in 47.02. Sequeira has committed to join the Stanford Cardinal next season.

Also winning individual titles were St. Ignatius’ Tyler Hong and Brecksville’s Pete Krusinski. Hong dropped 2 seconds in the 200 IM with a 1:47.26. Sycamore’s Ansel Froass was a close 2nd after closing the gap on the back half. He put up a lifetime best 1:47.55 for silver. Krusinski won the 100 breast title, dropping nearly a second in 54.27.

Never did I ever say that