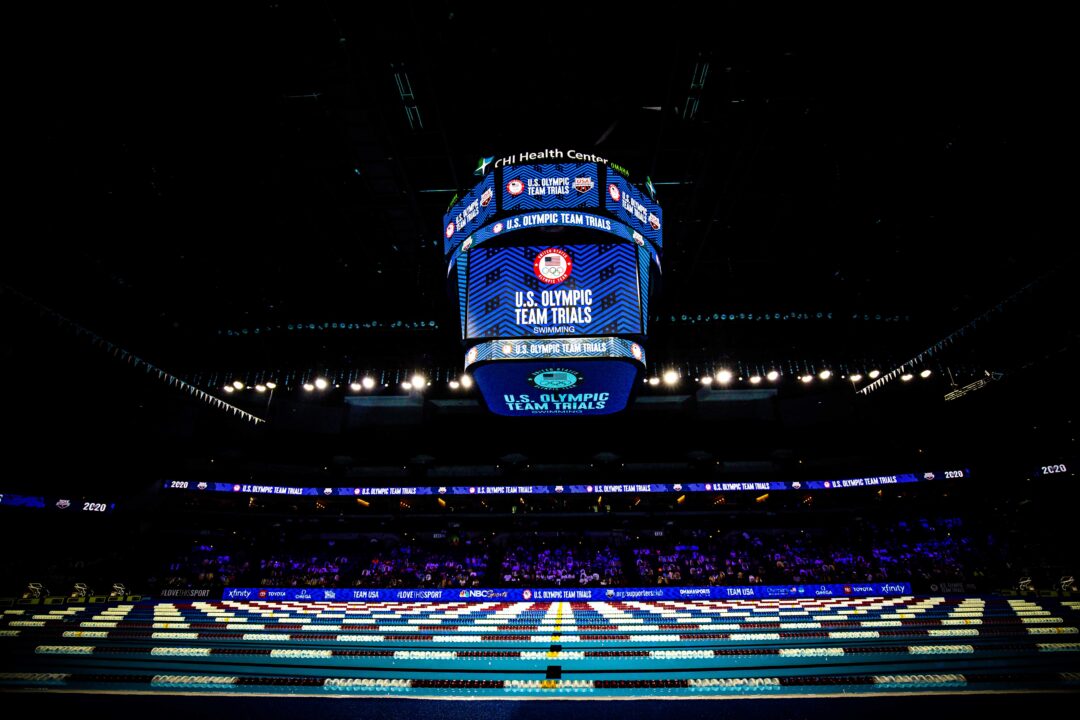 Josh Prenot has withdrawn his position as the first alternate in the men's 200 breaststroke semi-finals. Stock photo via Jack Spitser/Spitser Photography

No swimmers that qualified to swim in tonight’s finals session at the 2021 U.S. Olympic Trials have scratched, though Josh Prenot has withdrawn his name as the first alternate in the men’s 200 breaststroke semi-finals.

Prenot, the 2016 Olympic silver medalist and American Record holder in the event, placed 17th in the 200 breast prelims this morning in 2:13.42, and has subsequently withdrawn from being the next man up in tonight’s semis. No one else scratched the event, so the first alternate position would just be on standby tonight in case someone couldn’t show up behind the blocks for any unexpected reason.

In Prenot’s place, the first alternate spot now goes to Raunak Khosla, who dropped over three seconds from his best time to place 18th in the prelims in 2:13.44.

Prenot posted a lengthy thread on social media following his swim, indicating that he’ll take an extended break from the sport. You can find the thread and read more on his scratch here.

Tonight’s schedule will be as follows:

Was there a swim-off for the first alternate spot in the Men’s 100 Free? House and Krueger tied for 17th at :49.24, but House is listed in the evening heat sheets s first alternate. Did they coin flip? How was tie resolved.

Sad Prenot hours. He probably went out too easy in the morning and didn’t expect that 16 guys would go faster than him. Oh well, he can go back to his physics lab now and be boring.