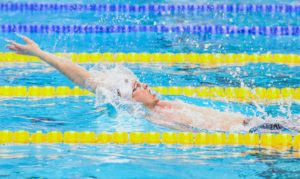 The Aquatic Sports Association of Jamaica (ASAJ) has ratified an 18-member swim team for the 2020 UANA Swimming Cup to be held Feb.21-23 in Lima, Peru.

2016 Olympic finalist Felipe Franca will return to coach Sergio Marques in his bid to make a fourth Olympic team.