See the playlist that has powered Diana Nyad through the hours of training before and after her epic journey from Cuba to Florida.

Nyad gained major national and international notoriety when she became the first person to swim from Cuba to Florida without the aid of a shark cage. The 111-mile journey took her 53 hours to complete as she swam from the beaches of Havana to Key West, Florida. She became known as one of the world’s greatest long-distance swimmers in the 1970s, and for the next thirty years, she continued to shock the world with her remarkable swims.

This playlist has powered Diana Nyad through the hours of training before and after her epic journey from Cuba to Florida.

Use coupon code diana20 upon checkout to receive 20% off your purchsae of a Duo from FINISinc.com. SHOP NOW 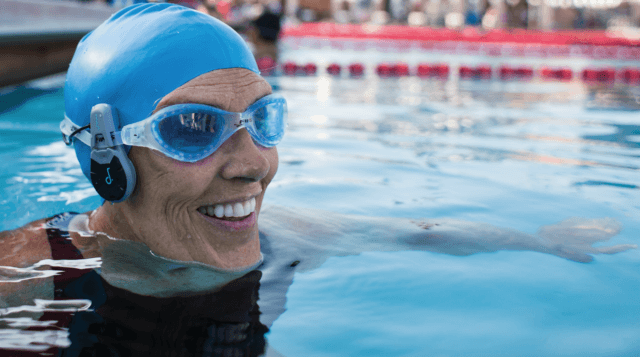 Swimming Gear News is courtesy of FINIS, a SwimSwam partner.