Mixed 4×100 Free Relay Finals: Bronte in for Aussies, Apple in for USA 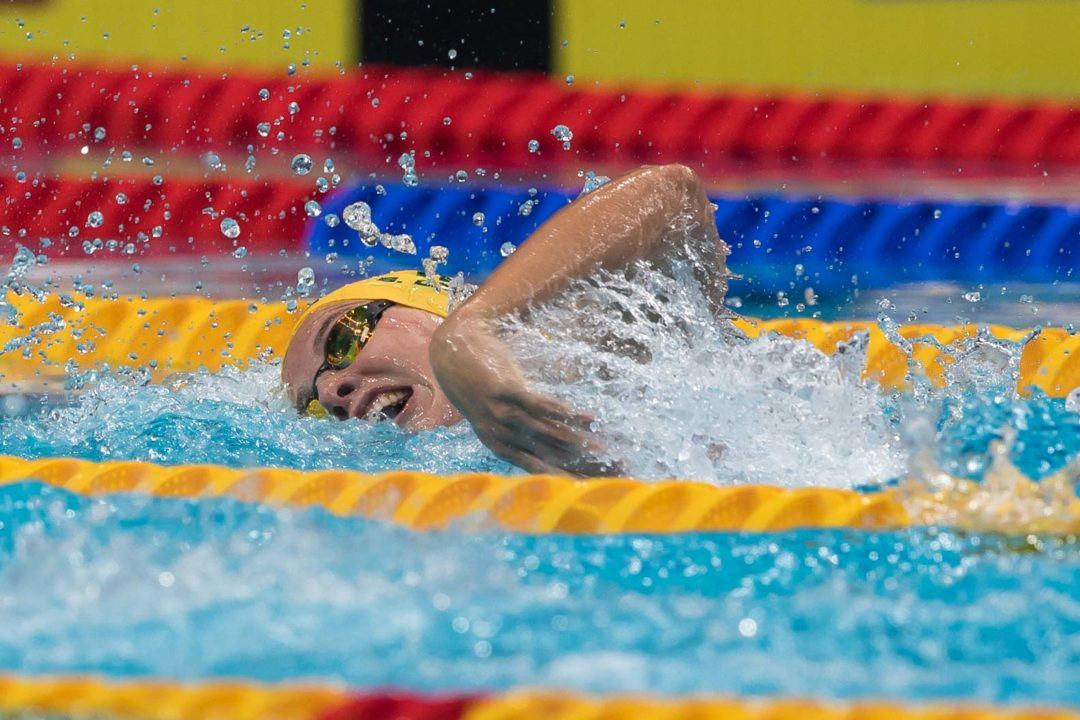 The United States’ dominance continues into the mixed 4×100 free relay, where they have won 2 consecutive world titles since its addition in 2015. Looking to gain their first medal in this event are the Aussies, who are putting in top sprinting machines to accomplish this feat. 2017 medalists Canada and the Netherlands have also thrown in strong female sprinters to close out their relays.

After swimming a 46.86 during the men’s 4×100 free relay, Zach Apple earned a spot on this evening’s mixed free relay. Apple will swim alongside 2017 world title members Caeleb Dressel, Mallory Comerford, and Simone Manuel. With Comerford and Manuel’s sub-52 potential, the Americans will once again have an unstoppable sprint relay.

The Aussies are flexing the big guns with sub-48 swimmers Clyde Lewis and Kyle Chalmers representing the green and gold. Versatile sprinter Emma McKeon is scheduled to join the relay as is Bronte Campbell, who both are poised to split sub-53 swims.

As one could predict, Taylor Ruck and defending Olympic champion Penny Oleksiak will join the Canadian relays alongside Markus Thormeyer and Suri Kisil. During the women’s 4×100 free relay final, Oleksiak popped a 52.69 split while Ruck busted out a 52.19 split, making the back half of this relay a huge weapon.

Another relay with great back half swimmers, accomplished sprinters Femke Heemskerk and Ranomi Kromowidjojo will valiantly close the relay with their sub-53 power. Both male swimmers Kyle Stolk and Jesse Puts put up 48-mids during their time in Gwangju and should set up their female counterparts for a thrilling finish.

I love zapple, but come on. Blake’s been having such a meet but nobody’s been talking about him.

I guess Cate said ‘let Bronte have another medal’.

Bronte has a free swimoff afterwards

Apple has been on, but his 200 free was average. I was thinking he’s starting to tire out. Blake had a PB in the 100 finals. He should have been on it over Apple IMO.

Papa Adrian should be in there. Tried and tested.