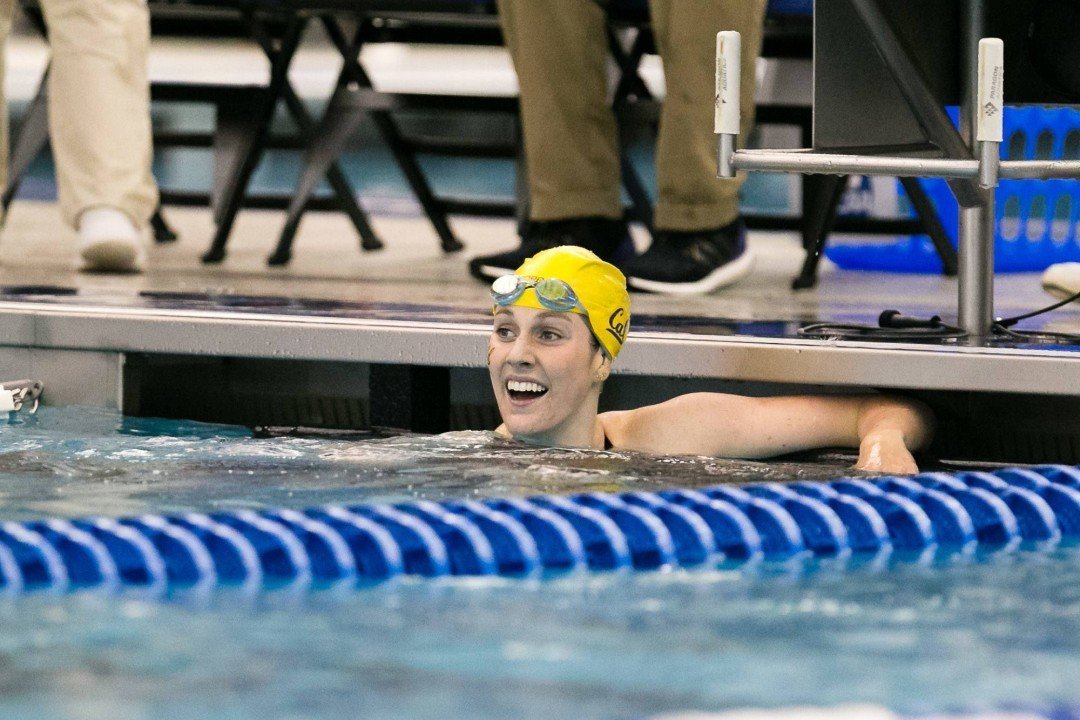 But still, as Franklin rounds out the midway point of her NCAA swan song, her time in the 200 yard freestyle boggles the mind. Missy Franklin not only became the first woman ever under 1:40 in the 200 yard free, but she went way under with a 1:39.10. That broke her own NCAA, American, and U.S. Open Records set last season in 1:40.31.

From her first stroke, Franklin was all-out. There was no holding back in this swim, it was a full 200 yard sprint (as evidenced by her 47.74 opening 100 – which taking the turn into consideration, isn’t a whole lot slower than she’ll be in the individual 100 on Saturday).

The comparative splits between last year and this year bear it out further:

The difference between last year and this year was almost entirely on the front-half. That aggressiveness is what she’s always showed in long course, but last year, there was nobody to challenge her in the first 100. The second-fastest front-half split last year was a 50.0. This year, with Simone Manuel riding second, it was good race strategy for Franklin to not give her Stanford opponent even a scent of the lead, and that paid off for Franklin with the final time.

With four of the top nine finishers in this race, the Cal women seem almost inevitable to break through another barrier later in the session and become the first 800 free relay ever under 6:50.

Missy isn’t the defending Olympic champion (Schmitty is), she’s the defending World Champion 2013 if that’s what you were trying to say.

Also, the author predicted that 47.74 wouldn’t be much slower than her individual 100 on Sunday. Unless there’s a time trial I don’t know about it’s tomorrow, Saturday, and she’s not even swimming the individual 100, so I’m guessing maybe you mean she might lead off the relay? If so, I do think the 47.74 would be much slower than her time tomorrow, I’d predict up to a second faster than that from a flat start, depending on how her legs are after the 2Back, and she’s already gone 45.9 flying start, I doubt she could match that tomorrow but maybe a 46 low flying start.

Wow. She has taken the event to the next level.