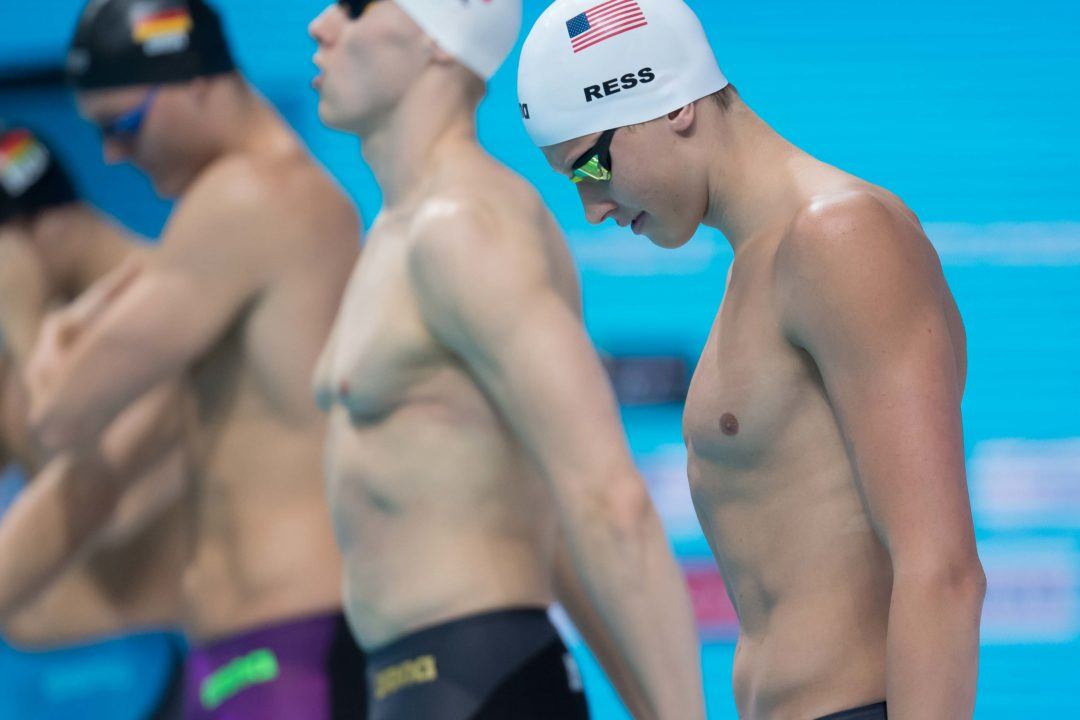 Several pros from the University of Missouri and the Mission Viejo Nadadores competed in LCM tune-up races last weekend ahead of next week’s U.S. International Team Trials.

The Mission Viejo meet was made up of mostly age-group swimmers. One notable stand out was 24 year old Justin Ress, who swam the 100 free in a time of 49.12. He was four-tenths off his best time of 48.74.

Other impressive swims from Mission Viejo in the age group ranks include 10-year-old Ben Yang, who dropped over two and a half seconds in the 50 fly to go a 33.29. His previous best time of 35.96 was set last July. This swim is the third-fastest 10&U time in the nation this year.

Justin Ress was the only athlete competing in the Mission Viejo intrasquad who is also scheduled to swim at the U.S. International Team Trials next week. Ress recently joined the newly-formed Mission Viejo pro group after 7 years with NC State/ Wolfpack elite.

Four University of Missouri swimmers who swam in the intrasquad last weekend will also be competing at trials: Will Whittington, Jack Dahlgren, Grant Bochenski, and Sarah Thompson.

In addition to the 200 free, Dahlgren is scheduled to swim eight total events at Trials. These include the 200 fly where he is seeded ninth, and the 100 fly in which he is seeded 19th.

Thompson competed in three individual events at NCAA’s. She finished 22nd in both the 50 free (SCY) and the 100 fly (SCY), swimming just off her personal bests in each.