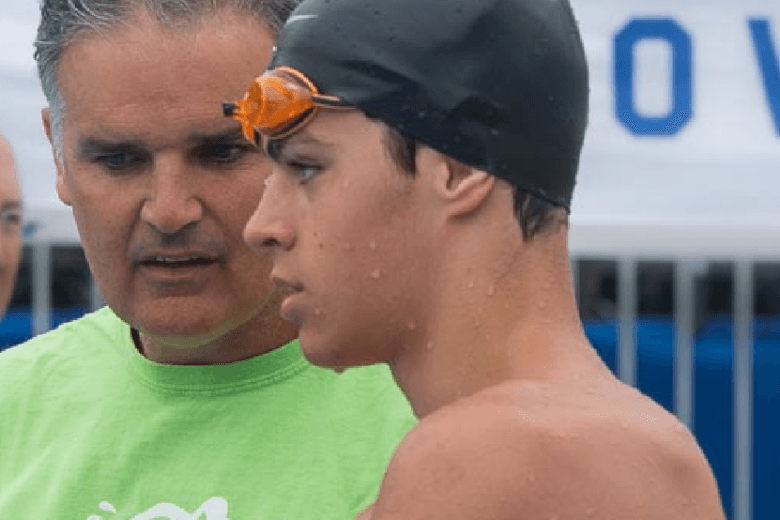 Michael Andrew continued to re-write the record books Friday on day two of the Jenks, OK Sectional.  The 14 year old phenom managed to shave off nearly .8 seconds from his own 13-14 NAG record in the 100 breast, touching first and flirting with the :54 second barrier with a time of 54.04. Andrew holds a mess of 13-14 NAG records, seven in total, and with his 15th birthday coming soon the phenom will have to set his sites on new records. Andrew is dangerously close to Andrew Seliskar’s 15-16 NAG record time of 53.26 set last year. Andrew almost took down his own 100 fly record as well, touching in 47.56 and just missing his record of 47.47.  Greater Omaha teammates Rob Hemmingsen and Jacob Molacek would go 2-3 in the event, finishing at 48.13 and 48.38 respectively.

Elsewhere at the Sectional, Rockwood Swim Club’s Jordan Stout dominated the field in the women’s 200 free with a time of 1:46.68.  14 year old Genevieve Pfeifer Of Flyers Aquatic took runner-up at 1:49.42 followed by Kansas City Blazer swimmer Hannah Musser in third at 1:49.98.

The men’s 400 IM saw 15 year old Nicholas Alexander vanquish the sectional record with a time of 3:54.76.  Alexander was well ahead of runner-up Ethan Bresette of the Kansas City Blazers, who touched in 3:58.62 and Rec Plex’s Ryan Baker took third in 4:00.41.

Day three finals are slated to begin at 5:30 PM Saturday and you can follow all the action with live results here.

Amazing, words fail. I confess I am pulling for this young man, that he maintains his Christian character. In the training realm new ideas don’t come around often, so it’s exciting to see someone becoming successful from a training program so new and different.